As far back as he can recall Hans Walters loved sharks. As a child growing up just outside of New Orleans, Louisiana, in the 1970s, he would spend hours flipping through the encyclopedia memorizing details about the many different types of sharks.

Hans’ love of sharks led him to attend college in Florida at the University of Miami where he earned his degree in Marine Biology, 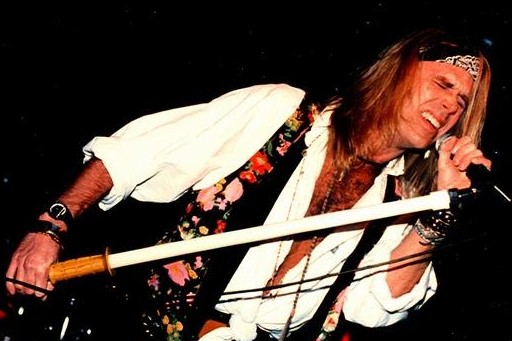 but that career was put on hold when, in 1982, he became the lead singer of the Miami-based metal band ZToyz (pictured above).

Hans spent the next nine years fronting ZToyz as they opened for huge stars like Joan Jett & the Blackhearts, the Ramones, and Humble Pie. The video for their song, “Miami Breakdown,” played on MTV, and Twisted Sister frontman Dee Snider covered one of their songs on a solo album.

In the early 1990s, ZToyz broke up and Hans decided it was time to do something new with his life. Putting his degree to use, he applied for a job at the Wildlife Conservation Society, and his love for sharks was rekindled. He went on to earn his Masters degree in Marine Biology and is now a shark researcher and supervisor at the New York Aquarium on Coney Island in Brooklyn, New York (pictured below). 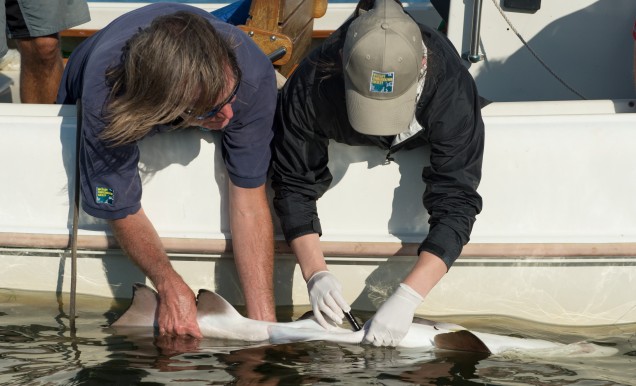 Visitors now spend time with Axl, Duff, and the rest of Guns N’ Roses as well as Janis Joplin and members of AC/DC and Bad Company.

Years ago, hanging out on the Coney Island boardwalk with Dee Snider, Dee told him he always admired that Hans had a backup plan if his career in music didn’t work out. Hans’ response: “Music was the backup plan. Marine biology was the original plan.”

The New York Aquarium is also where Hans met animal behaviorist Martha Hiatt, now his wife (pictured in the player above with Bruiser the Sea Lion). They came to StoryCorps to talk about his unusual career trajectory and how much of his life was actually motivated by his love of sharks.

HW: When I was a kid only the really nerdy, reject kids loved animals and I was one of those kids.

And my mother always encouraged my love for sharks. When I was 5, we were getting ready to leave the beach and lo and behold, there was a dead shark lying on the beach. And I said, “Mom, I wanna take the shark home.” So my mother helped me schlep this three foot shark into the backseat of the car. And I’m one of six kids and we all had our snow cones and the dead shark with the windows shut and it stank. <<laugh>> We all got sick. I remember upchucking my banana snow cone in the backseat of the car.

So when I got to college I was studying marine biology and I’d sort of accepted my nerd-dom, you know? I think I had to play catch up in the interaction with members of the opposite sex department. Which is the main reason I joined a rock band.

And we did pretty well for nine years. But at that point I was 30 and decided maybe it was time to find something else to do. That’s what led me to the New York Aquarium.

When I got there they would call the sharks Sand Tiger 1, Sand Tiger 2, Sand Tiger 3. And I just started calling them names of dirty, rotten, stinkin’ rock and rollers.

HW: Yeah, this one’s Axl. This one’s Duff. And then we got another group of ‘em and we went with AC/DC. So there’s Guns N’ Roses and Bad Company are in one pool, and AC/DC and Janis Joplin are in the other.

MH: I love when one of the keepers says to another, “OK, I’m gonna go feed Guns N’ Roses.”

HW: About three or four years ago, Dee Snider from Twisted Sister, he came to visit. And we were hanging out on the Coney Island boardwalk and he said to me, “When the music ended for you, you kind of fell right into marine biology. I always thought that was really cool that you had a backup plan.” And I said, “No, you know, music was the backup plan, marine biology was the original plan.” <<laugh>>

MH: <<Laugh>>  So, your mom, she obviously knew you became a marine biologist. How’d she feel about it?