Vincent Chin was a 27-year-old draftsman living near Detroit. On a June night in 1982, he and a group of friends went out to celebrate his wedding, which was just few days away.

At a bar he crossed paths with Ronald Ebens and Michael Nitz, two auto workers angry about recent layoffs, which were widely blamed on Japanese imports. That encounter lead to Vincent’s death.

Gary Koivu was with Vincent that night, and he recently came to StoryCorps with his wife, Kim, to remember his childhood friend.

The federal case against Vincent Chin’s killers, Ronald Ebens and Michael Nitz, marked the first time the Civil Rights Act was used to prosecute a crime against an Asian American person. It sparked a rallying cry for stronger federal hate crime legislation. 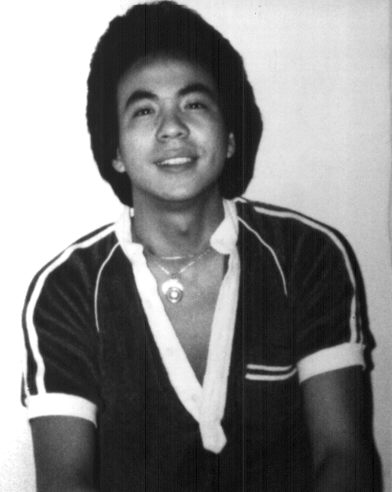 GK: Vincent was introduced to my first grade class, and I can remember him standing up there and the teacher introducing him. And we were good friends for over 20 years.

KK: He asked you to be the best man for his wedding.

GK: He did. I was at work and he called me up said, ‘Why don’t you meet me at the bar tonight?’ It was one last time to go out with the guys before he got married. We were just having a good time and listening to the music.

But there was an auto worker, and he said to Vincent, ‘Because of little motherfuckers like you, a lot of Americans are losing their jobs.’ Vincent wasn’t Japanese. He was Chinese but that didn’t matter. He —

KK: He was Asian.

GK: He was Asian. And with that, Vincent stood up. And he did fight. And Vincent was, uh, holding his own. But later, we were outside and the man went straight to the car and pulled out a baseball bat, and started racing toward Vincent, and Vincent ran, but they found him. I don’t know how many times he hit him in the head, but he was swinging the baseball bat like he was swinging for a home run. Still hurts just talking about it. Left an empty hole in my heart.

These men that killed him, they were given probation and a fine for what they had done. And that was like a punch in the gut. Vincent, he had a good life. He was getting married in a few days. He was looking forward to buying a house, and his mother was gonna live with him, and he was gonna have kids. And I was happy for him. He was living the American Dream. And the rest of us, uh, we got married, and lived the rest of our lives. But he missed out on that.