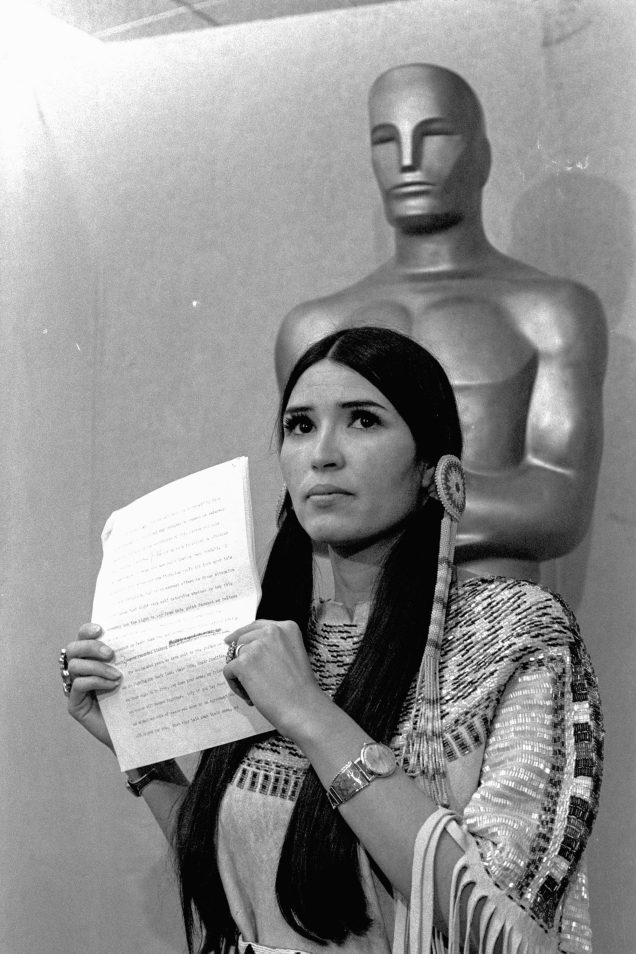 Actor and activist Sacheen Littlefeather’s career was forever changed in 1973, when she used what would have been Marlon Brando’s Oscar acceptance speech to call out the treatment of Native Americans and their depiction in Hollywood.

In 2022, the Academy of Motion Picture Arts and Sciences apologized for how she was treated after her appearance. Littlefeather died just a couple months later at the age of 75.

But…knowing she was facing a terminal cancer diagnosis, she came to StoryCorps in 2019 to talk about her life.

I was born into poverty. And my parents’ marriage was illegal, because my father was an Apache and Yaqui man and my mother was white… I was raised by my two white grandparents.

So there was hardly anybody that I could identify with. There were white dolls, white movie stars, people in magazines were all white. So I learned and experienced racial prejudice from a very early age, I didn’t even have to walk out my front door.

When I got to university…at long last, thank God, there were other Native people out there. We used to go to pow wows together, and then I began to listen to the stories of the Elders there. I thought then, ‘This is who I really am.’

So I springboarded into the arts.

And then eventually, I met Marlon Brando. When I first got the phone call from him, I said, ‘You’re asking me to do what?’ Use the Academy Awards as a platform to make a political speech. Nothing had been done like that ever before.

[Oscar clip] The winner is. Marlon Brando in The Godfather.

The night of the awards ceremony, I had a sense of calm. I knew my ancestors were with me. I said what needed to be said. I refused the academy award.

[Oscar clip] ‘And the reasons for this being are the treatment of American Indians today by the film industry.’ [boos and cheers]

And then, I became unhirable.

But as a result, I opened the doors for other people to speak.

These are the things that I learned from the elders. You have to go through a lot of bumps in this life to smooth the road for others to come after you.