Francine Anderson grew up in rural Virginia during the 1950s. It was the Jim Crow South and “Whites Only” signs punctuated the windows of many businesses. Francine came to StoryCorps to talk about one night when she became aware of what those signs meant for her family. 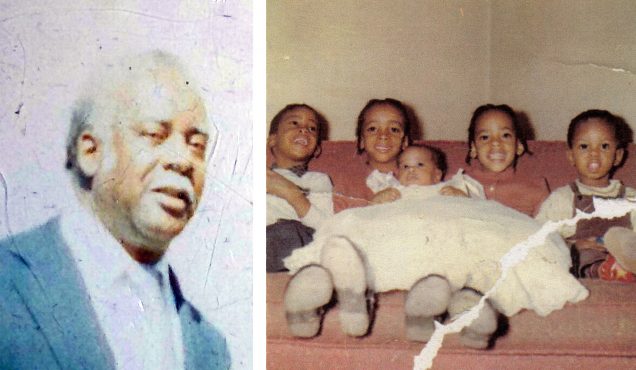 FA: We were traveling with my father in a car late at night. And there’s a road that was long and dark. And my father did what no black man at the time was supposed to do, is he allowed his car to run out of gas.

He ended up pushing the car, and the only place he could get to was a white truck stop with “White Only” signs up. And he went up to the door and he just knocked at it. And a guy came up, he said, ’What are you doing Negro, get away from here. Can’t you read?’ And my dad, he took his hat and held it in his hand trying to make himself kind of small, ‘cause he was kind of a tall man. And he said to the guy, um, ’I see your sign sir. I’m sorry, I’m not trying to disturb you or your business. I’ve just got my young kids in the car. Can I just buy a couple of gallons of gas?’ And the guy said, ’I don’t deal with your kind.’ And he stepped back and he slammed the door.

And I saw my dad turn and walk back to the car. And I knew that my dad was afraid. And he got in the car and I can remember asking him questions: ’Why can’t we go? Why won’t he give us any gas?’ And he wasn’t answering. It occurred to me as a little kid, we’re in real trouble.

And then the door to the place opened and another man came out. And, uh, my dad stiffened up and this guy got to the passenger window and said, ’I don’t know what’s wrong with that guy. I’m going to go get you some gas, ok?’ I remember my dad was real grateful and saying, ’Let me give you these few dollars.’ And the guy would say, ’No, no, it’s okay.’

And I guess I felt ashamed at that moment for my dad, you know. Not because he’d done anything wrong but because I felt like he had been made smaller in my eyes as a child.

But now when I talk to people about that story, if I talk to whites about that story, they focus on the man and how kind he was. And he was kind. But at the same time when I talk to blacks about that story they’re more focused on the fact that it wasn’t illegal for him to deny us gas. That was the law of the land. And had my dad been defiant, that’s a risk was that you could be killed speaking up for yourself. So it’s the first time that I realized that there was real danger there. I was five years old.