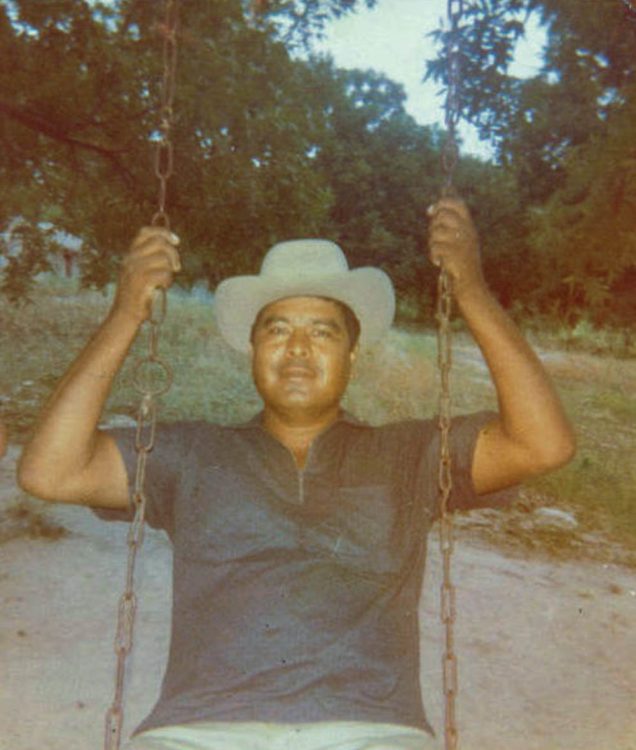 ER: Our dad was a tough guy. Very formidable. Very strong-willed. Very commanding figure. His nickname was el canillón. The big-wristed man. I remember being a little kid…Papi just reaching down and lifting me up like I was tissue paper, this delicate little weightless thing.

Unfortunately, you know, in his later years, he became…almost like a little weak bird to me.

About four days before our dad died, he was still able to speak. And he let me know that he was very hungry. But you know, how do you make a healthy, strong meal for somebody that you know is in incredible pain?

You and I had gone shopping and stocked the fridge with all sorts of foods that throughout our family history, we always associated with deliciousness. You know, camarones, frijol…

ER: Exactly. Mexican comfort foods. And one of my dad’s favorite things was just plain beans. That morning, early, I had put on a pot of black beans. I looked in the fridge and I noticed you and I had bought a pack of shrimp.

ER: And so I set about the task of making the best batch of shrimp enchiladas I had  probably ever made in my life. I don’t think I’ve ever diced anything so slowly and with so much care. And when I took that little plate, I remember physically feeding him; watching him close his eyes with each spoonful.

He looked up at me and gave me a little wink. And I asked him then, like I always would, after every meal that I would serve him, you know, ¿Le gustó, Papi? You know, Did you like it, Daddy? And he gave me that little gesture that he would make when he liked something. He’d make a tight fist and just sort of shake it next to his chest, with one good blow to show that it was so good, it was so rich. There didn’t need to be any words. And I was so happy. The next day, that was when he slipped into his coma. And he never spoke to us again.

CR: We knew that although he was going to pass, he wasn’t really leaving us. He’s in our soul.

ER: Papito era lo máximo. He was everything to us. And my daddy knew until the moment he left this world that we adored him.