By the end of his 25-year military career, Donnie Dunagan was a highly decorated Major who received two awards for Valor in Combat as well as a Purple Heart. 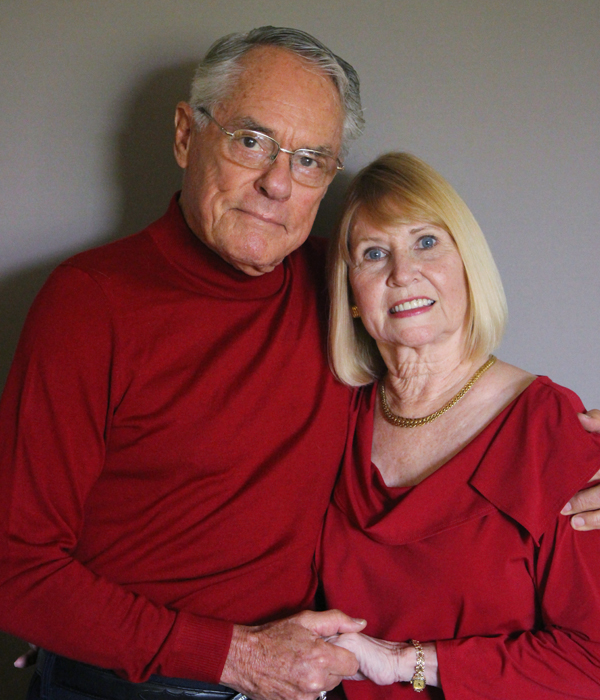 He says the Marines were a perfect fit for him—as long as no one found out about his past. As a youngster, Dunagan was briefly a child actor who was tapped by Walt Disney to be the voice of Bambi in the 1942 animated film.

At StoryCorps, he talked with his wife, Dana (pictured at left), about keeping his Bambi past under wraps.

Photos courtesy of the Dunagan family.

DOD: I got a draft notice in 1952, Korean war’s still going on and I’m gonna do my duty. I think I had 13 promotions in 21 years, as I remember, it was a Marine Corps record at the time.

DD: Did anyone know that you were the voice of Bambi? Donnie: During the Marine Corps? No chance! I never said a word to anybody about Bambi, even to you. When we first met I never said a word about it. Most of the image in people’s minds of Bambi was a little frail deer, not doing very well, sliding around on the ice on his belly.

DOD: I am a commander in Marine Corps boot camp. Drill instructors, hundreds of recruits I’m responsible for…I just thought to myself, “I don’t think I want all these young Marines to start calling me Major Bambi.” And I kept my mouth shut.

DD: When did your comrades find out?

DOD: One Marine learned about it a month before we both retired. I worked for him three times, twice in combat, and I’m one of his guys. A major audit was going on on the base. I am up to my neck in duties. He called me in at five-thirty in the morning, I will never forget it. I go in his office and he says, “Dunagan! I want you to audit the auditors.” I never said a disrespectful word to this man in twenty years, I said, “General, when do you think I’m going to have time to do that?” Then he looked at me, pulled his glasses down like some kind of college professor. And there’s a big, red, top secret folder that he got out of some safe somewhere that had my name on it. He pats this folder, looks me in the eye and says, “You will audit the auditors. Won’t you…Major Bambi?”

DD: So how has your life been different than you imagined it would be?

DOD: Uh, golly. Well, I have some holes in my body that God didn’t put there. I got shot through my left knee. Got an award or two for saving lives over time. But I think I could have been appointed as the Aide de Camp in the White House, it wouldn’t make any difference, it’s Bambi that’s so dear to people. But I, I love it now. When people realize, “This old jerk, he’s still alive and was Bambi.” And I wouldn’t take anything for it, not a darn thing for it.