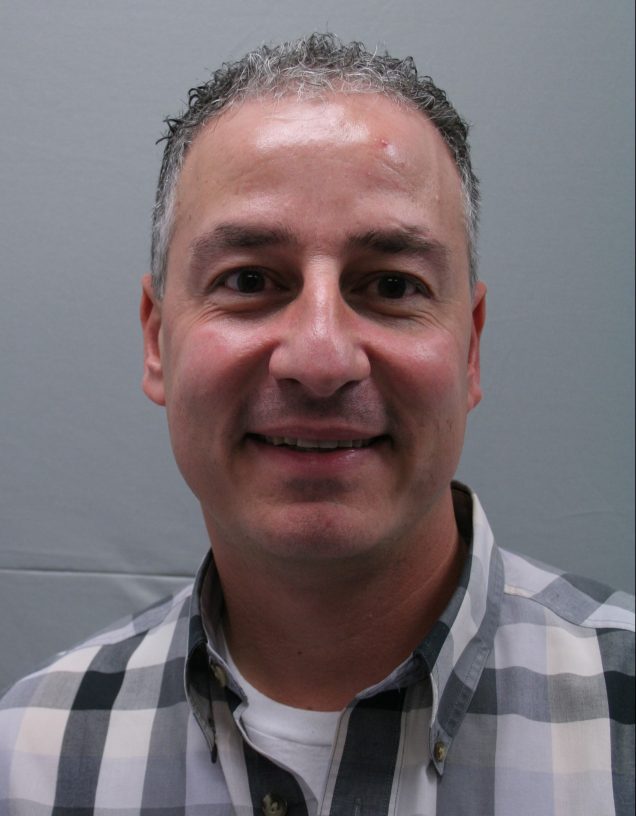 MC: We had a picture on there on his wheelchair to put him in this evacuation chair. And it had wheels in the front and just handles on the back. It’s almost like a hand truck with a seat on it.

JA: I think when they demonstrated it originally it was supposed to be one person doing the evacuation. But we were going down sixty-nine floors.

JA: They would alternate, and some of the stairways were tight. And as we got to the landing, it was, you know, bring that chair around and let’s go down the next—

MC: Yeah, it was more like you dragged it around the landing. And we really had no idea what was happening, so we were casually going down.

JA: I don’t remember a sense of urgency, panic. We stopped at a Snapple machine—

MC: Yeah, we were all in good spirits, I thought.

JA: We had made a stop—I think it was about the twentieth floor.

MC: There was like a triage place in the hallway. And they said, ”Leave John here, we’ll take care of him.” We said, ”No, he’s with us.”

JA: That’s when it was decided that you were gonna take me down the rest of the way and not stop.

MC: We got down to the lobby and continued out towards West Street. I remember we stopped on the corner. We had to put you down.

JA: We couldnt’ve been there five minutes when our building came down. I remember the ’93 bombing, and…no evacuation chair. It took us literally six hours to get out of the building. That alone, we would not have made it. I was incredibly lucky to have the ten of those that stayed behind and brought me safely out of the building.

MC: But we’ve also said that maybe John was there to saved us, too. You don’t know. We still all work together and, you know, we are all very close for that. We have that secret bond between all of us that you don’t need to talk about. So you know, we’re all lucky.