StoryCorps Legacy gives people with serious illnesses the chance to share their stories.

At Grady Hospital in Atlanta, Christopher Harris recorded his memories from the early days of the AIDS epidemic.

In the early 80s, his marriage fell apart after he came out as gay. He was diagnosed with HIV in 1988. At the time, there was only one drug approved to treat the disease, and a diagnosis often meant a death sentence.

With StoryCorps, Harris remembered how he came to work with the Atlanta Buyers Club, which distributed medications from the black market to people with HIV before the drugs had been approved by the FDA. 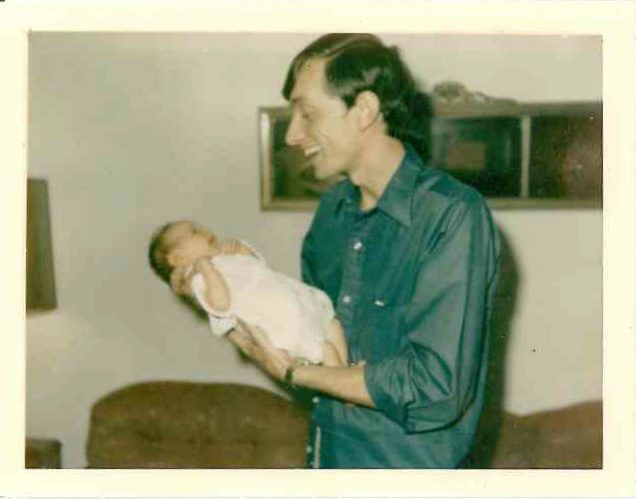 CH: I loved my wife as much as a gay man can love a woman. We lived together as a married couple for fourteen years and had one child. And then I was at a bar one night and met this guy. And he was so handsome and so nice. It was the first time that I had fallen in love, and we were together until the day he died.

We had not been together very long and I was feeling ill. Well I went to several private doctors, and they kept saying, ’Nothing’s wrong with you, you’re just nervous because of your difficult divorce, you know.’ And I went to Grady, and during that time, the doctor asked me if I was at a high risk for this new disease that was going about. I said yes. So when I finally went back for my next appointment, the young resident, he was such a nice young man, he told me that I had AIDS. And I never shall forget, he was about to cry. And I said to the doctor I had a child to raise and I just could not die right then. He said, well, he said, ’Twelve to fourteen months. But we’re gonna fight to make that better. Are you willing to fight?’

So we settled into the rigors of treatment. And then I was called in one day, and told my T cells had dropped below 100. And he told me that there were some new drugs out there, they might help you but they weren’t available. And so I said, ’What do I do?’ He said, ’ Well, there’s a place here in town that you can get these drugs, and I said, ’Where can I get them?’ He said, ’I can’t tell you.’ And then, he said, ’You dropped a piece of paper on the floor.’ I said, ’No, I didn’t.’ He said, ’Yeah you did.’ And I looked down, there was a piece of paper he had thrown across the desk. And I picked it up, and it was a phone number. And I called that number, and there was some guys who had just begun trying to distribute these medications that they were getting on the black market.

I told them what I needed, they said bring fifty dollars in cash. So I went. I said, ’Guys, thank you so much. This means so much.’ I said, ’I really wish I could help you.’ And they said, ’Do you really mean that?’ I said, ’Yeah.’ They said, ’Well, be here Friday night.’ And I started working with them, at the buyers club.

And we were tough. We were just tough. But, I think I’m the only one left. And they were wonderful guys.