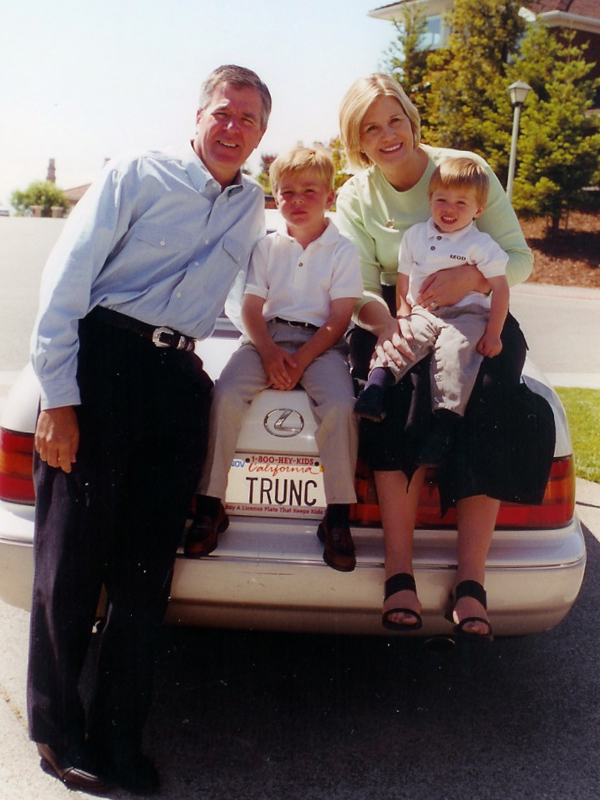 JF: As we’re going through the streets of San Francisco, with us in the trunk of the car, we had no idea what they had done with you. Your dad was closest to the back seat, and I kept saying, “Can you hear him?” But we couldn’t hear anything.

AF: Did you feel like this could potentially be life ending?

JF: Well you do think, ‘This may be my last day on Earth.’ And there is this need to survive. So with all the power and adrenaline I could muster up, I just started pulling a bunch of wires. I didn’t know, necessarily, what they were for, but I thought it probably had something to do with the brake lights, and maybe a car behind us would notice something was wrong. But nobody saw it. And dad said to me, ‘I don’t know what’s gonna happen, but know that I love you.’ We were basically saying our last goodbyes.

At that point they stopped the car. They took all of our money and ATM cards. And they said to us, through the trunk, ‘If this isn’t the right PIN number we’re going to come back and kill you.’ And that was kind of calming to me, because we gave them the right PIN number and that meant they were leaving.

So here we are, all alone, inside of a blackened trunk. And where I had pulled all those wires, I saw a little piece of silver metal. And I said to my husband, ‘I think I found the trunk release.’ He pulled the cable and the trunk opened right up.

I go to the back seat and there was no baby. And that’s when I really lost it. But an officer that had gone to our home found you. You were just out in front of our house, all alone, in your carseat. And the most important part is you weren’t hurt.

I don’t even want to begin to think what could have been, if we didn’t get our baby back. And it’s not a cliche to say that your life can change in the matter of one second. And you choose what you want to do with that life-changing second.