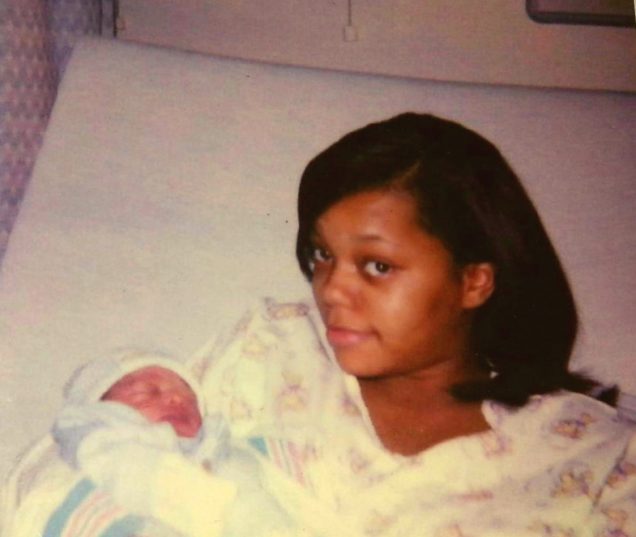 AG: Now you can ask me the hard question.

GB: What did you feel like when I was born?

AG: When you were born, um, I actually didn’t feel anything. I was sixteen and I was a kid. I didn’t know what I was doing. So when I took you home, I didn’t know how to feel. I made a bad choice according to everybody. I was ’just like all the rest of them.’ I don’t know what ’the rest of them’ means, but I know what it felt like. Like I didn’t deserve to feel the way women who do the right things do. Because why would you celebrate someone making such a poor choice? So I didn’t know what to feel. So I felt nothing. And I just took care of you — I did what I was supposed to do. Until one day, I realized that I couldn’t believe what people told me about myself or about ’those people’ like me. This is my baby and I love him and I can feel something. It’s not a fairytale, it’s not a failure. It’s just a process and now we’re here, 16 years later.

GB: What are your dreams for me?

AG: My dream for you, Gregory, is that you become a good person. And not a nice person. That’s not a deep quality to me. Niceness is mediocrity. I want you to not be afraid to be afraid. But mostly, I want you to be better than me.

GB: When I was little I was always looking for someone to look up to, but it’s always been right in front of me. You’re just the greatest person that I ever know. And I just want to be like you.