StoryCorps celebrated remarkable stories of courage and the storytellers who shared them at our annual gala Wednesday, October 25, at Capitale in New York City.

The evening’s honorees were Dr. Rajiv Shah, President of The Rockefeller Foundation, and Amani Al-Khatahtbeh, an inspiring example of a new generation of storytellers expressing positive social change. 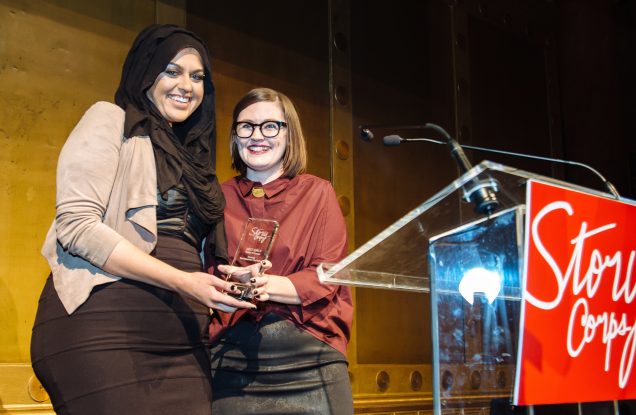 In honoring the Rockefeller Foundation, StoryCorps also revealed its newest initiative, One Small Step, a new project aimed to help bring together a politically divided United States by applying StoryCorps’ methods and recording conversations between people with different political viewpoints.

Scott Simon, host of NPR’s Weekend Edition, served as the evening’s host and emcee and offered remarks about the power of stories to transform our worldview.

“[T]he need for us to develop empathy for one another is also powerful, especially in times when we’re divided by politics, race, class, and experience,” said Scott Simon. “Hearing stories from each other, sharing, learning, questioning, putting our minds and hearts into the stories of others, can be a step toward what Sir Tom Stoppard called ‘building bridges across the incomprehension and chaos.’” 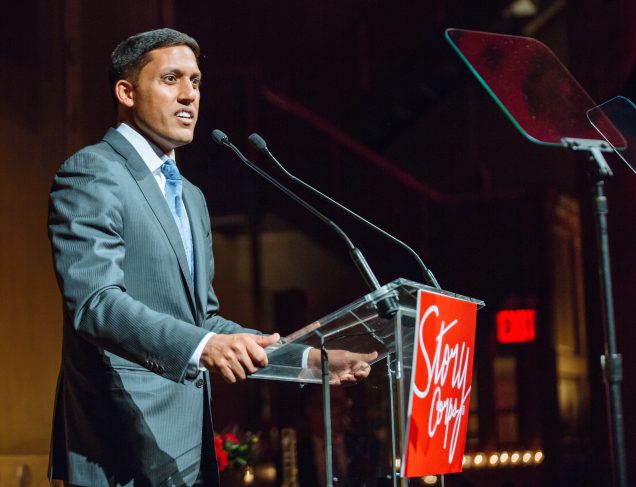 The evening celebrated some of the people who have recorded stories with StoryCorps that were shared on NPR’s Morning Edition. Among the featured participants were Darius Clark Monroe and David Ned, who shared their story of seeking and extending forgiveness; Paul Braun and “his Iraqi brother” Philip, who served as Paul’s interpreter during a tour of duty in Iraq; and Scott Skiles, who interviewed his son Scott.

Amani Al-Khatahtbeh received the YouTube Creators for Change Award for her work as a rising voice in social, religious, and political issues and the editor-in-chief of Muslim Girl, a platform for Muslim women’s voices in the West. StoryCorps and YouTube also debuted a new digital series, “When we listen,” that features StoryCorps conversations among YouTube Creators shared on video.

Through the outstanding leadership and generosity of our supporters, the event raised more than $725,000 for StoryCorps’ mission to preserve and share humanity’s stories in order to build connections between people and create a more just and compassionate world.