On this season of the podcast, we’ve been listening to difficult conversations between loved ones, friends, and sometimes, even strangers. Whether people are sitting down together for the first time or reconnecting, each conversation has run the gamut of human emotion — from joy to despair and everything in between. In this episode, a couple grapples with a horrific memory from the past. 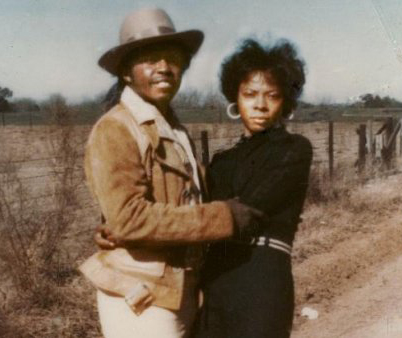 Winfred Rembert grew up in the south during the height of the civil rights movement. In the late-60s, he participated in a protest in the town of Americus, Georgia — where racial tensions were especially high — and was arrested as a result.

One day, while Winfred was serving time in the county jail, the deputy sheriff walked into his cell and pulled a gun on him. Fearing for his life, Winfred wrestled the gun out of his hands and managed to escape, but was eventually caught by the police and thrown into the trunk of their car. 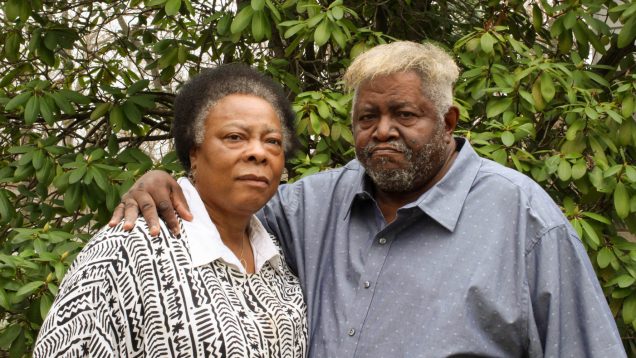 What happened next is something Winfred kept quiet for a long time. But years later, still suffering from nightmares, he finally told his wife Patsy the truth: that he was one of few people to have ever survived a lynching.

Nearly 50 years later, Winfred and Patsy sat down for StoryCorps to talk about what happened to him. Warning: This story includes racial slurs and a graphic description of violence. 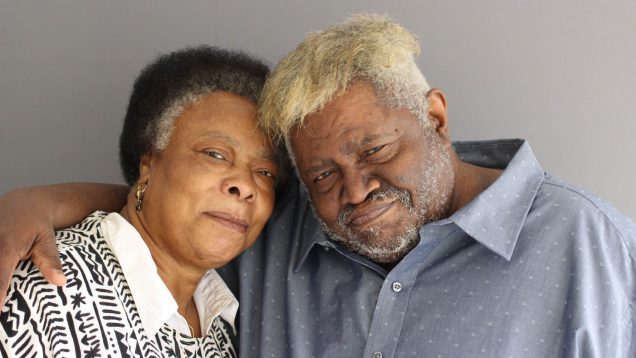 Middle photo 1: Winfred and Patsy Rembert in Sycamore, Georgia in 1974, two days before their wedding. Courtesy of the Rembert family.

Middle photo 2: Patsy and Winfred Rembert at their StoryCorps interview in Hamden, Connecticut in April of 2017. By Jacqueline Van Meter for StoryCorps.

Bottom Photo: Patsy and Winfred Rembert in April of 2017 at their StoryCorps interview in Hamden, Connecticut. By Jud Esty-Kendall for StoryCorps.

“Hollow & ghosts” by Ending Satellites (feat. Francois Creutzer) from the album And So Sing the Black Birds

Over the last 11 weeks, we’ve been listening in on difficult and sometimes painful conversations between friends, family members and even strangers.

And this week, for our last episode of the season, a couple grapples with a horrific memory.

Patsy Rembert (PR): What disturbed me most was, you talk in your sleep and sometimes it would frighten me because you was having such a hard time. But, when I asked you, you didn’t tell me what you dreamed about.

Winfred Rembert (WR): I didn’t know if you could handle what I had to tell you about my life. I never told anybody.

And the secret that Winfred kept for years? He is one of the only people known to have survived a lynching.

It happened in the late-60s, at the height of the civil rights movement. Winfred was in his early 20s when he went to a protest in Americus, Georgia, where racial tensions were high.

WR: I got scattered away from the crowd, so I ran down this alley. And I looked back and I saw these two white men coming after me and they had shotguns. There was a car sitting there in that alley with the keys in it and I took that car and I fled.

JM: Winfred was eventually put in jail for stealing that car.

Almost 50 years later, he sat down for StoryCorps with his wife, Patsy, to tell her what happened next.

And a warning, the following contains racial slurs and a vivid description of violence.

WR: One day I was sitting there and the deputy sheriff opened the door to my cell and he said to me, “Nigger, I’m going to kick your ass.” He kicked me right in the side of the face and I began to bleed. He tried to kick me again and I grabbed his leg and I threw him to the floor and he went for his gun. I managed to take his gun away from him, I locked him in the cell and I fled.

And the next thing I know the police caught me and put me in the trunk in the police car. And when they got to their destination, they opened the trunk and I saw all of these white people. And I see these ropes hanging in the tree. They took off all of my clothes, put the noose around my ankles, and they drew me up in this tree. The next thing I see was the deputy sheriff who I had locked in the cell. He took his knife, grabbed my private parts and he stuck me with the blade.

You could probably hear me for miles, screaming. And I could feel the blood running down my back down the back of my neck to the ground. I thought that was the end of my life. And then from out of the blue, this man said, “Don’t do that. We got better things we can do with this nigger.” I don’t know who this man was. Only thing I can tell you, he had on a brown suit and some brown wingtip shoes.

PR: What did they do then after that?

WR: They took me back to jail. And I was sentenced on the chain gang during the prime of my life.

JM: After the break, how Winfred survived the next chapter of his life with the help of a very special woman.

Like many people who served time during the late 60s, part of Winfred’s sentence was manual labor. One day, he was sent to help repair a bridge that had been damaged in a storm.

And that bridge happened to be right next to the home of a young woman who caught his eye.

PR: What made you think that you would be able to even talk to me?

WR: I don’t know but I just had a determination. I had saw you and that was it. So I wrote letters to you.

PR: When you come into my life, it was like a fairy tale and I kept all of your letters, honey, and you was my secret. My father–once he found out–he told me that I couldn’t write you anymore. But you didn’t stop writing me, so I would go down in the  woods and read your letters over and over again.

And finally I had a conversation, honey,  with my father and that still didn’t change his mind. It was the letter that you had wrote that he intercepted—it opened his heart up and he told my mom, “If this guy means any of this, I got to meet him.” So he brought me out to see you.

What did he say to you?

WR: He just asked me to treat you right. I promised him I wouldn’t hurt you. And, honey, we got married the same year I got out.

PR: I am so happy the Lord looked down on us and smiled. We’ve been married now, Winfred, 44 years, right?

PR: And I still get the same thrills when I see you.

PR: I can’t get past the sixties.

JM: Patsy and Winfred were married in 1974 and went on to raise eight children together.

But the memory of surviving a lynching has stayed with Winfred, though he kept that to himself for years.

WR: It was a long time, honey, before you knew that I was having all these dreams and re-living things that happened to me. It took me until after we got married for me to even talk to you about these things.

PR: Well, you didn’t want to talk about it.

WR: I didn’t want to scare you away.

PR: When you finally told me, I was devastated.

PR: And it made me have a special place in my heart for you.

WR: Just last night I fell out of the bed fighting somebody in my dream; so I’m still running trying to save my life. You know, I even go to the doctor and psychiatrist and everything to try to get help but I don’t think I’ll ever get over that. I think I’ll be dead and in my grave before it’s over.

PR: People don’t understand how we found joy even in the midst of our troubles but, when I leave this world, I would like to be in your arms and looking in your eyes. That’s how much I love you.

WR: I love you so much too and I thank you, honey.

Winfred is now open about what happened to him in the 60s, and together, the couple wants to make sure that what he went through is not forgotten.

WR: Maybe one day my children’s children’s can hear this interview and say, “That was my great great grandfather” and be inspired in some way.

PR: I wish the world knew just what kind of man you are, but I’ll forever tell your story wherever I go.

JM: According to research done by the Equal Justice Initiative, more than 4,000 African Americans were lynched throughout the south and midwest between 1877 and 1950—and those are just the cases we know about.

This episode was produced by Jud Esty-Kendall, edited by me, Jasmyn Morris. With scripting help from Sylvie Lubow. Jarrett Floyd is our technical director. Our production assistant is Eleanor Vassili. Fact-checking by Natsumi Ajisaka. And special thanks to StoryCorps facilitator Jacqueline Van Meter.

You can find information on the music you just heard and see original illustrations for this season of the podcast created by artist Lindsay Mound on our website, www.StoryCorps.org

And that’s all for this season of the StoryCorps podcast. We will return to your podcast feed in the Spring. Until then, you can find more stories on our website and listen for us every Friday on NPR’s Morning Edition.

It’s the StoryCorps podcast from NPR, I’m Jasmyn Morris. Until next season, thanks for listening.