Shotzy Harrison lived with her father, James Flavy Coy Brown, until she was three years old. After being treated for several different mental illnesses, James was in and out of Shotzy’s life as a result; he spent most of his adult life struggling with homelessness. 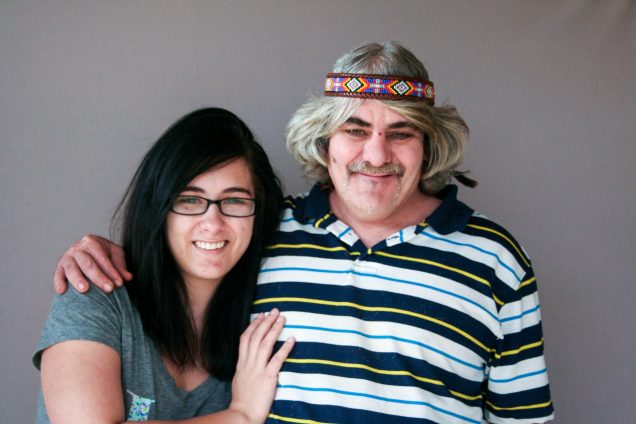 Shotzy Harrison in 2013 with her father, James Flavy Coy Brown, at their StoryCorps recording in Winston-Salem, North Carolina. By Anita Rao for StoryCorps.

The two reunited in 2013, and Shotzy brought James home to live with her family in Winston-Salem, North Carolina. It was around this time they sat down for a StoryCorps interview and to talk about the complexities of their relationship.

In 2018, Shotzy recorded again — this time by herself — to reflect on the StoryCorps conversation she had with her dad. 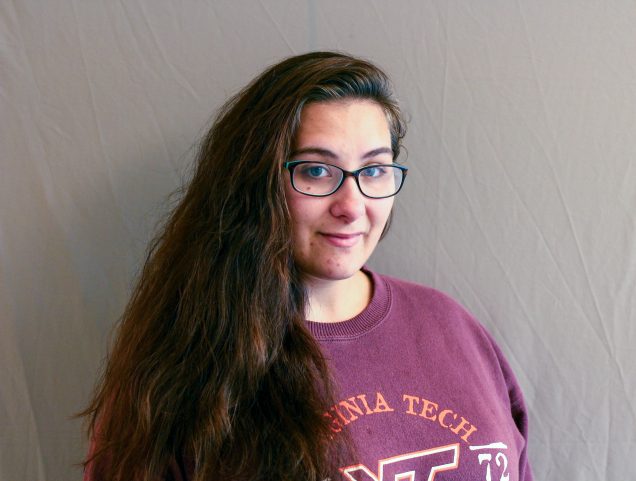 Shotzy Harrison in 2018 in Winston-Salem, North Carolina. By Jud Esty-Kendall for Story StoryCorps.

Three years later, we checked in with Shotzy once again. In this episode of the podcast, you’ll hear a combination of her first two recordings and get an update on what’s been going on with her since her last recording with us.

This season, we’ll be bringing you a short update every other week from some of our favorite participants who continue to show us it’s never too late to start over and over, and sometimes, over again.

She first came to StoryCorps with her father in 2013. Then she recorded a follow up interview by herself, five years later, to reflect on that original conversation with her dad. We’ll be listening to a combination of both of those interviews.

SH: My father has a Southern drawl.

SH: I think of Yosemite Sam… almost like he’s trying to be funny, but that’s just his real voice.

SH: You were with me until I was three years old.

JFB: Yeah. When I got off work every night I’d pick you up from the daycare center and I always brought you one of those great big huge lollipops.

SH: And then you kept disappearing on me.

KK: Shotzy’s father has been treated for multiple mental health conditions over the years and spent most of his adult life homeless. She only saw him a handful of times growing up…one time she found him living in the woods behind a hotel. But in 2013, Shotzy brought James home to live with her in Winston Salem, North Carolina.

SH: I showed you the pictures of my house, you know here’s the basement I fixed up for you and you said, “I’m going to be living like a king.”

JFB: You rescued me! Shotzy, do you ever worry about me living here with you?

SH: I do. I have two young girls and I don’t always feel like you’re the best influence on them. It’s just that you’re a little rough around the edges and uncouth and used to being homeless and not used to anybody, especially your daughter, telling you what you can and can’t do.

JFB: Yeah, it’s hard but I’m working on it. I don’t pee in the backyard anymore.

SH: [Laughs] The good outweighs the bad. You have tea parties with my daughters.

SH: So many favorite moments between us. Which one pops into your head first?

JFB: That night I was feeling real bad, and you held my hand until I went to sleep. You said, “Daddy, you can stay with me as long as you want to.”

JFB: Yeah. What are your hopes for me?

SH: I hope that your mental illness either stays stable or improves. I hope you can continue to live with us. Family Christmases, family birthdays, we have so many years to make up for. And I’m going to try my hardest to make sure that I don’t lose you again because you’re good at that disappearing act. I’m lucky to have you back in my life. I love you.

SH: Dad and I lost contact only a few months after the interview. I absolutely want to reunite with him again. And it’s in the back of my mind that he’s gonna be already dead and I’m gonna find that public record. That’s a crushing thought. But one of the things that keeps me going is I have a little of his stubborn will. And there’s something powerful between a father and a daughter that mental illness and time hopefully can’t break.

KK: That’s Shotzy Harrison in Winston-Salem, North Carolina. She also spoke with her father, James Flavy Coy Brown. That story first aired on the radio in 2019…you might also remember a longer version that was on the podcast back in 2018.

So, we recently checked in with Shotzy and she wrote this: I have such a happy update. Me and my daddy are reunited this time stronger than ever. It’s really been a time of happiness and healing for us and our family.

Our whole team is really happy to hear that.

This story was produced by Jud Esty-Kendall and Michael Garofalo. Facilitated by Anita Rao.

Our Executive Editor is Jasmyn Morris. Our technical director is Jarrett Floyd.

For the StoryCorps podcast I’m Kamilah Kashanie. Catch you next week.