Dr. William Lynn Weaver has given us the gift of wisdom over the years through his many StoryCorps interviews, including his experience integrating into his high school’s all-white football team, and memories of the most important man in his life.

But in this episode of the podcast, you’ll hear about a lesson he learned on the day before Christmas when he was 18 years old. It happened in Mechanicsville, a black working-class neighborhood in Knoxville, Tennessee. 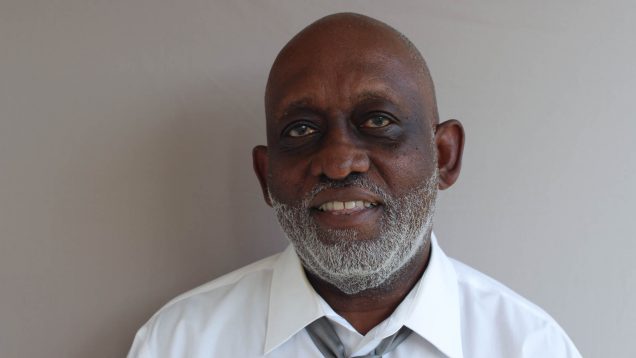 Next, we’ll hear from from Thompson Williams and his son Kiamichi-tet. They came to StoryCorps in 2014 to talk about Thompson’s father — and Kiamichi-tet’s grandfather — Melford Williams, a tribal leader with the Caddo Nation in Oklahoma and a World War II veteran.

During that conversation, they also remembered a family Christmas in 2001.

They were living in Edmond, Oklahoma at the time. Kiamichi-tet was 11 years old and his sister, AuNane, was 14. Thompson was a teacher’s assistant for students with special needs — work he loved but that didn’t pay well. His wife was an artist, selling paintings and handmade Christmas ornaments.

As the holidays approached, Thompson realized they wouldn’t have money for gifts, and he was faced with a difficult decision. But, as he remembers here, it was his children who would help him make the right choice. 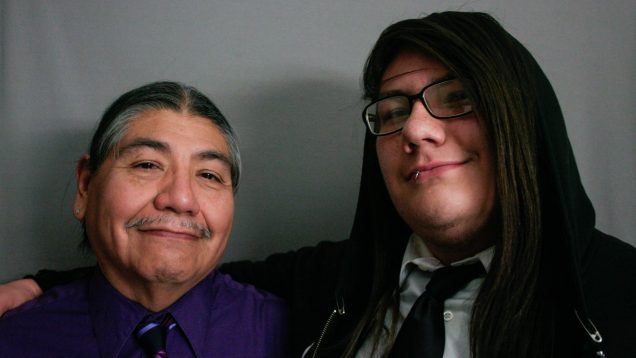 Bottom photo: Thompson Williams with his son Kiamichi-tet in 2014 at their StoryCorps recording in Denver, Colorado.

“NirvanaVEVO” by Chris Zabriskie from the album Undercover Vampire Policeman

This week, on the StoryCorps podcast from NPR… two stories where difficult conversations around the holidays taught those involved an important lesson about the spirit of Christmas.

First we’ll bring you the voice of someone who’s no stranger to StoryCorps… Dr. William Lynn Weaver… who goes by Lynn. He spoke on previous episodes of our podcast about being one of the first black students to integrate his high school in Knoxville, Tennessee back in 1964… and what it was like playing on the school’s football team.

William Lynn Weaver (WLW): Normally when you’re with a team you feel like everybody’s going to stand together; and I never got that feeling that the team would stand with me if things got bad. I think a number of the white students who were there with me would say now, If I could have did something different, I would’ve said something. But that’s what evil depends on, good people to be quiet.

HOST: Lynn Weaver has taught us so many lessons over the years… through his StoryCorps interviews…

But this week… you’ll hear about a lesson HE learned on the day before Christmas when he was 18 years old. It happened in Mechanicsville… the Knoxville, Tennessee neighborhood where he grew up.

WLW: I remember walking up the street Christmas Eve and I see this kid riding down the street on their bicycle and I say, ’Boy, that looks like my brother’s bike.’ I get to the house and say, ’Wayne, where’s your bike?’ And he said, ’It was down on the steps.’ I said, ’No it’s not. It’s gone.’

It’s a small neighborhood so we find out where the kid lives who has the bike and it’s a shack in an alley. Now, my brother and I, we’re going to beat this boy but my father was there and he said, ’Just shut up and let me talk.’

So we knock on the door and this old black guy comes on a cane. The house was cold; the only light he had was a candle. It was his grandson who had stolen the bike, so he calls him out. He was the same age as my brother, about ten years old. The little boy starts crying and he says, ’I just wanted something for Christmas.’ So we get the bike and we leave. We go back to my house.

My father tells my mother and she doesn’t say anything. She just starts cutting the turkey in half and all the fixings. She started packing it up. My father went to the coal yard and got a big bag of coal. And then he told my brother, he said, ’You’ve got another bike, don’t you?’ My brother said, ’Yeah…’

So we went back with food, coal — so they’d have some heat — and the bike. The little boy is just crying but the thing that moved me the most was the old man. My father gave him $20, which was a huge deal back then, and said, ’Merry Christmas.’ He said, ’Thank you,’ and then just broke down in tears.

My father was a chauffeur. My mother was a domestic, so we didn’t have a lot of stuff. And that Christmas, I don’t even remember what gift I got, but I do know that made me feel better than any Christmas I’ve ever had.

It’s a story Lynn shared with his family every Christmas…

Lynn died in May of this year. But, with recordings like these… his wisdom lives on…

HOST: For our next story… we bring you back to December of 2001 in Edmond, Oklahoma. There… Thompson Williams was gearing up for Christmas with his kids… 11-year-old Kiamichi-tet and his sister AuNane who was 14…

At the time… Thompson was teaching students with special needs… and his wife was selling her handmade Christmas ornaments… jobs they both loved… but… as he told his son at StoryCorps…  they were struggling financially.

Thompson Williams (TW): That year we used all our money just before Christmas so that we could pay the bills and buy groceries — at least we’d have something to eat.

I’d been offered a job–it would be a lot more money–but I wouldn’t be home with my family and I wouldn’t be working with the special ed kids that I work with. They would have to do without me. I had convinced myself that this was the best thing to do because my kids needed Christmas.

So I took you and AuNane in the front room, sat down with you guys, and told you. You were real quiet and then AuNane looked at me; she said, ”Dad, your kids need you more than we need presents.” And so I told AuNane, “Ok. I’ll continue to work with the special ed kids.” And you and AuNane both hugged me.

That was a time when I was so proud because my kids knew what sacrifice was. And a week later, people started buying your mom’s ornaments and we had money to buy you guys presents. It felt good that Christmas. I knew you were going to be good kids and it made me proud.

HOST: That was Thompson Williams talking with his son Kiamichi-tet for StoryCorps back in 2014.

That’s all for this episode of the StoryCorps podcast…

It was produced by Jud Esty-Kendall. Our production assistant is Eleanor Vassili, script writer is Sylvie Lubow…and our intern is Zahra Crim. Jarrett Floyd is our technical director. And thanks to StoryCorps facilitator Daniel Sitts.

Learn what music we used in this episode… and view original artwork created for this season by artist Lindsay Mound… at StoryCorps.org.

And join us next week… when we’ll hear about a unique New Year’s Eve tradition… started by a husband and wife who are longtime taxidermists in a small Georgia town.

Bud Jones: The people, they said, ’Let’s have a Possum Drop on New Year’s Eve.’

We thought it was stupid but you just never seen such hollering.

Jackie Jones: They start cheering and carrying on…

HOST: For the StoryCorps podcast… I’m Jasmyn Morris. Thanks for listening and happy holidays!