On this episode of the StoryCorps Podcast, we’ll go beyond the clouds with three courageous kids who wondered what it’d be like to travel beyond Earth’s atmosphere, and ultimately found out.

We start with Ronald McNair, a graduate of MIT who grew up in the small farming community of Lake City, South Carolina. His older brother, Carl, talked about how Ronald’s journey from the rural South to outer space began with a trip to the local public library.

McNair was only the second African American to visit space. He died on the morning of January 28, 1986, when the space shuttle Challenger exploded shortly after lifting off. All seven crew members were killed. 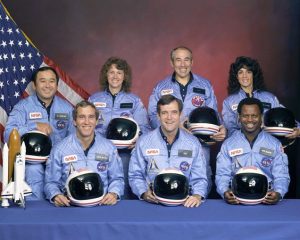 Click here to watch “Eyes on the Stars,” a StoryCorps animation of Carl’s remembrance.

Our next story starts with another iconic mission: Apollo 11. In July 1969, the Apollo 11 spacecraft was on its way to the Moon — carrying Neil Armstrong, Buzz Aldrin, and Michael Collins.

Back on Earth, 10-year-old Greg Force was dreaming of going to space himself one day. Greg’s family lived on Guam, home to a massive antenna that connected the astronauts to Mission Control, and his father, Charles, worked on the Apollo missions. 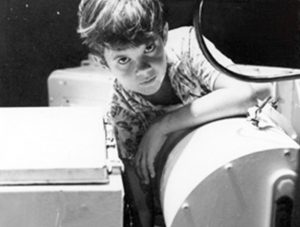 Photo: 10-year-old Greg Force in 1969, greasing the antenna bearing at the NASA tracking station on Guam. Courtesy of Greg Force.

Greg came to StoryCorps 50 years later, with his 17-year-old daughter, Abby, to remember the little-known role he played in the success of that historic mission. 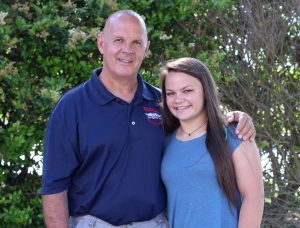 Photo: Greg Force and Abby Force at their StoryCorps interview in Greenville, SC. By Alletta Cooper for StoryCorps.

And lastly, we meet Wally Funk. When Wally was 8 years old, she jumped off the roof of her barn while wearing a Superman cape, hoping to fly. As an adult, she became a pilot and flight instructor, with dreams of the ultimate destination being outer space. 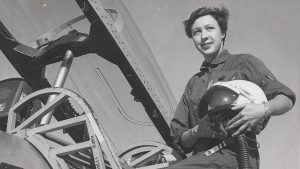 In 1961, Wally was part of a group of female pilots who took part in tests to determine if women were fit for space travel. The women, who became known as the Mercury 13, passed many of the same tests as the men, but never got to go to space. She came to StoryCorps in 2017 with one of her flight students, Mary Holsenbeck to talk about what going to outer space meant to her. 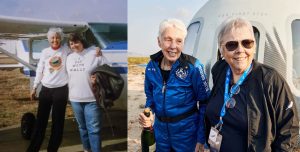 Wally Funk never gave up. At the age of 82, she joined the crew of Blue Origin’s New Shepard rocket which launched into space on July 20th, 2021. Wally became the oldest woman to reach outer space and, as promised, Mary was at the launch to support her. StoryCorps podcast host, Kamilah Kashanie, asks Mary what that was like.