On this episode on the StoryCorps podcast, we’re bringing you stories of people who, in addition to making us laugh, also remind us that even in challenging times there are still reasons to smile.

Our first story comes from Ramón “Chunky” Sanchez. He grew up during the 1950s, in a small farming town in California. At StoryCorps, he sat down to remember his elementary school days, and in particular, a classmate whose name made the teachers blush. 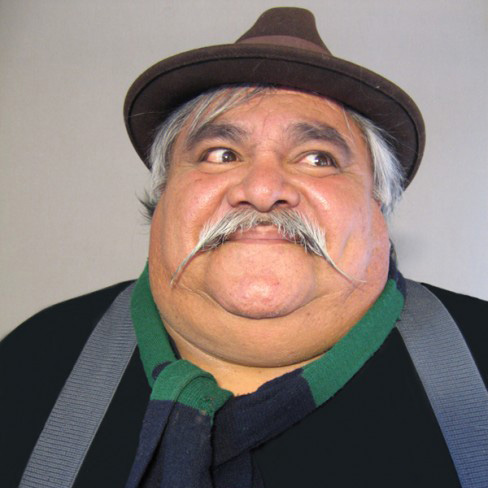 Next, a love story that starts at a hotel in the Catskills in the summer of 1946. That’s where identical twins Hunny and Bunny were waiting tables, and unbeknownst to them, another set of identical twins, Danny and Elliott, were working as musicians.

At StoryCorps, Hunny and Elliott remember what happened when the fated foursome got together. 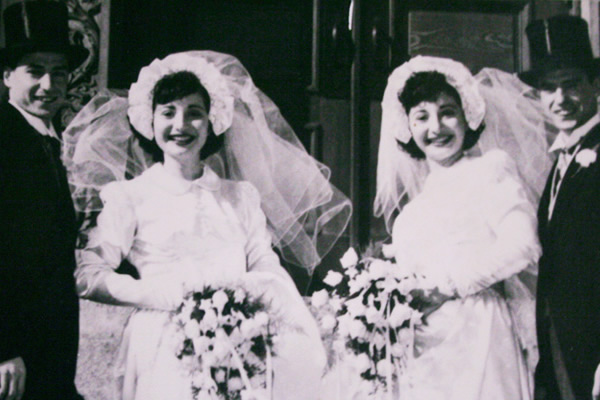 Next, we hear from 94-year old Betty Jenkins, who came to StoryCorps in 2008, to remember an explosive moment from her youth that involved an inflatable bra. 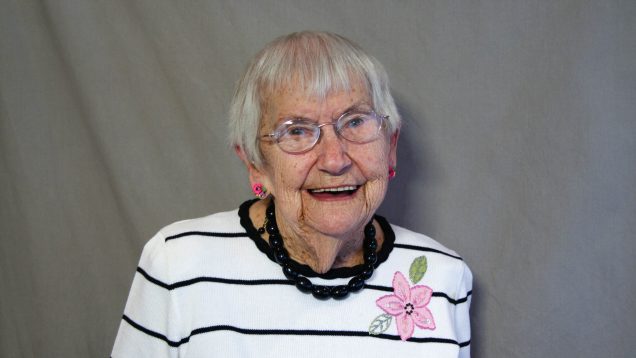 We end with Tariq and Tabinda Sheikh, a couple who first met each other in 1989. Tabinda had recently moved to the U.S. from the Dominican Republic, and was working as a housekeeper at a hotel in New York City. It was the same hotel where Tariq, who had recently immigrated from Pakistan, was managing the front desk. At StoryCorps, they sat down to remember how their love story began. 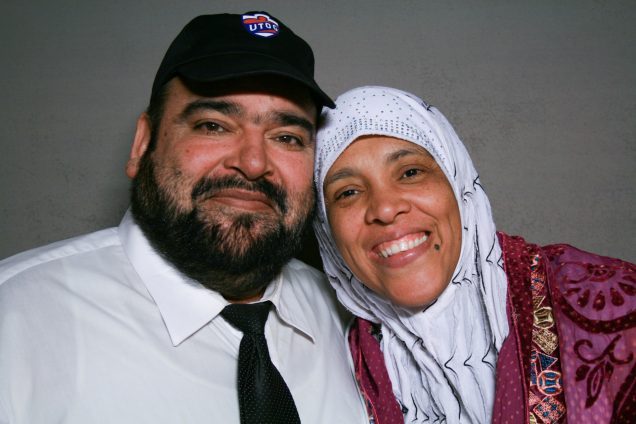 Third photo: Danny and Bunny, and Hunny and Elliott, at their joint wedding. Courtesy of the Reiken family.

And this week, we’re bringing you stories of people who remind us that even in challenging times, there are still reasons to smile.

It’s a lesson that Ramon ”Chunky” Sanchez learned early in life. He grew up during the 1950s, in a small farming town in California. At StoryCorps, he sat down to remember his elementary school days.

Ramón Sanchez (RS): My name, when I started kindergarten, was Ramón. And by the time I was in the second grade everybody was calling me Raymond. You know, out in the playground, in the classroom, ”Raymond, hey Raymond, hey Raymond.” You know, I was trying to adjust to this. You know what I mean? And if there was a girl named María, her name became Mary and Juanita became Jane.

Until one day we got a new student by the name of Facundo González. Facundo González, man. When he came to school we noticed they called an emergency administrative meeting. You could kinda hear them talking through the door, you know, ”What are we going to do with this guy, man.” You know what I mean? ”How are we going to change his name,” you know. And one teacher goes, ”well you know what, why don’t we try to shorten the name a little bit.” And they go, ”yeah, but how do you spell it, F-A-C-U-N-D-O?” And they go, ”why don’t we spell it F-A-C?” And one of the teachers, ”well, that means his name would be Fac.” And the other teachers looked at him, ”oh, that sounds too much like that, like a dirty word, you can’t be saying, “Fac where’s your homework, you know? Where’s Fac at?” You know what I mean?

Well that was a trip we always remembered going through elementary school, because Facundo was the only guy who never got his name changed.

SL: That was Ramon ‘Chunky’ Sanchez— getting the last laugh—at StoryCorps.

Our next story begins in 1946, at a hotel in upstate New York.

That’s where identical twins Hunny and Bunny worked for the summer waiting tables. But little did they know that another set of twins, Elliott and Danny, also worked there as musicians.

At StoryCorps, Hunny and Elliott remember that summer in the Catskills and the moment the twins first laid eyes on each other.

Hunny Reiken (HR): But by the end of the summer, there was no chance of separating us. And we had a double wedding. You and I were married the same day as Bunny and Danny were married. And it was two brides, two grooms, one set of parents for each. The gowns were identical gowns, the flowers were identical.

ER: We both went on our honeymoon to Miami Beach by different trains…

ER: Because we didn’t want it to be so obvious that people would be staring at us, you know…

ER: It was embarrassing.

HR: The twins that married the twins.

ER: What’d you think about marrying me many years ago?

HR: You bowled me over with your way of kissing and the way you hold me when we dance. You’re not a fantastic dancer but you hold me fantastically and I feel it, it’s genuine. You’re just not phony–I don’t think you have a phony bone in your body. And I never thought anybody lasts this many years.

ER: Like just yesterday it was our 50th anniversary.

HR: I never feel, What will he do if I die first? You know how to open tuna fish; you know how to schmear it with mayonnaise…you will not fall apart. You’ll feel sad when I’m gone but you’ll manage and that makes me feel very good.

Thank you for being you, Elliot, you made my life complete.

ER: And I say the same, you made my life complete and I hope we go on for another fifty years.

SL: Hunny and Elliott Reiken (making each other smile since 1946) at StoryCorps in New York City.

After a short break, how a young woman’s trip abroad began with a slight detour. Stay with us.

Next, we hear from 94-year old Betty Jenkins. She came to StoryCorps with her niece to tell her about a gift she received that was all the rage back in 1935.

Betty Jenkins (BJ): I was very skinny and I didn’t have any curves. I guess my mother got kind of worried because she didn’t think I had enough boyfriends. So she bought me a bra that you blow up. I was real excited, so I blew and blew ‘til about 32. I was quite happy with the looks. I got a few wolf whistles. Of course, at that age you’re very self conscious.

That year I took a trip to South America. I proceeded to fly to Santiago. Soon we were into the Andes mountains, and it turned out that it was a non-pressurized plane. And I felt very uncomfortable. Things were getting very tight. This bra had started to increase in size.

As the thing got bigger, I tried to stand up and I couldn’t see my feet. The directions said it would go to 48 if I wanted it to. I thought what would happen if it goes beyond 48? And I found out what happened: It blew out. It was a loud resounding sound and the co-pilot came into the cabin with the gun wondering what had happened. The men all pointed to me.

Well it’s difficult to explain to people in English that part of your anatomy just blew up, but to try and do it in Spanish, it’s beyond hope. So they made a landing. I was taken off the plane and turned over to two women police. And they told me to strip, hunting for what they thought was the bomb. When I stripped down, I showed them the hole in the bra and they chuckled, and I thought, oh my, they’ve gotten the point and I was allowed back on the plane.

A month later, I got a bill from the airline for four hundred dollars for an unscheduled stop.

Our final story comes from Tariq and Tabinda Sheikh.

The couple first met in 1989, when Tabinda moved to the U.S. from the Dominican Republic, and started working as a housekeeper at a hotel in New York City. It was the same hotel where Tariq, who recently immigrated from Pakistan, was managing the front desk.

Tabinda F. Sheikh (TFS): Do you remember the first time you saw me?

Tariq M. Sheikh (TMS): You have yellow gloves on and I could not say ”Hello,” ”Hi,” nothing.

TMS: Yeah, because you was the girl who was in my dreams.

TFS: Yeah, but I didn’t have that dream.

TMS: You remember, I ask you, ”Do you wanna go with me for coffee?” You gave me answer after two days.

TFS: Because I didn’t know how to speak English.

TMS: I remember you have a small dictionary in your pocket — a Spanish-to-English. And on the, like, paper–

TFS: Language is not a barrier for the love. (laughs)

TMS: After that, I bought a yellow cab. I was a driver, you know? One day I say, ”You know your address where you live? Let me drop you, your home.” You say, ”I live in New Jersey.” Just ”New Jersey.”

TMS: I was not that fat. Just chubby, yes. [laughs]

TFS: I know, sweetheart! But for us, this was fat.

TMS: Yup. So, I was working like 72 hours continuously. I was very tired. And I remember, there was a park over there nearby.

TMS: We went and there was a bench. I put my head on your legs and I slept.

TFS: I don’t even want to move. If I move, he’s going to wake up. It was beautiful. Looking the moon, the stars.

TMS: I woke up morning time. And you was still sitting there and I say, ”What?” That was the moment I fell in love with you.

TFS: Love is a wonderful thing. This is my man. And we’re gonna be married 23 years now.

To see animated versions of these stories, and for more conversations that make you smile, visit our website, www.storycorps.org.

That’s all for this episode. It was produced by me, Sylvie Lubow and Jud Esty-Kendall, who’s also the editor. Jarrett Floyd is our technical director and wrote our theme song. Fact-checking by Natsumi Ajisaka.

For the StoryCorps podcast, I’m Sylvie Lubow. Thanks for listening.