Fun Photos: A Look at What Participants Bring to the Booth – StoryCorps

The core of the StoryCorps experience has always been the conversation that takes place between the two participants. At the end of their 40-minute interview, the couple almost always poses for a photograph to accompany their recording, which is then archived at the American Folklife Center at the Library of Congress. (It’s the StoryCorps image you’re used to seeing. Two people side-by-side, oftentimes with an arm around each other standing in front of a nondescript wall.)

But sometimes, either to make their memories more vivid, to preserve pieces of their past, to jump-start a conversation, or to offer themselves comfort, storytellers bring along photographs, documents, mementos, family heirlooms, and other ephemera to the booth. These items are photographed by our facilitators and saved alongside the rest of the interview record.

With over 60,000 booth interviews recorded, we’ve seen all kind of objects—from christening gowns to quilts and portraits of pets—and are excited to share (in what we hope will become a reoccurring series) some fun favorites.

Top Photo: When Michelle Carratu and Rowland Huddleston recorded their conversation in January 2008 at the Nashville Public Library, they brought along images from The Farm—a self-described hippie commune in Summertown, Tennessee, where they both live.

Above: When professional roller skater Richard Humphrey came to the booth in Oakland, California, with Tasha Klusmann in September 2007, he brought along photos of the roller skating crew he was part of in the 1980s—the “Golden Rollers.” In the above photo, his crew performs in San Francisco’s Golden Gate Park. 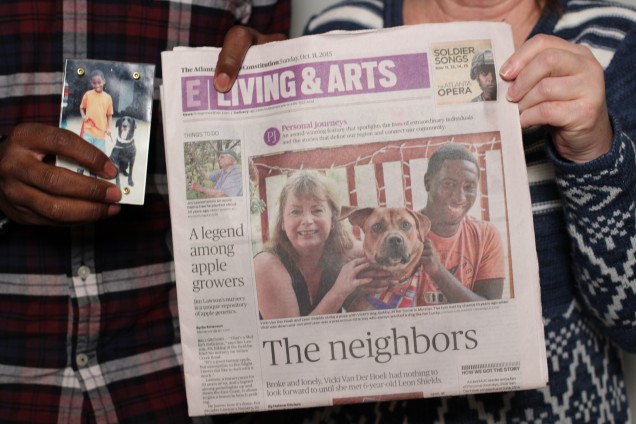 Above: Xaleon Sheilds and Vicki Van Der Hoek recorded their conversation just months ago in our Atlanta, Georgia, booth. The two of them, more than 40 years apart in age, became fast friends when they were neighbors and bonded over Xaleon’s love for Vicki’s dog. When they came to the booth at the Atlanta History Center to talk about their friendship, they brought along a newspaper article, which they posed with, detailing the history behind their relationship. 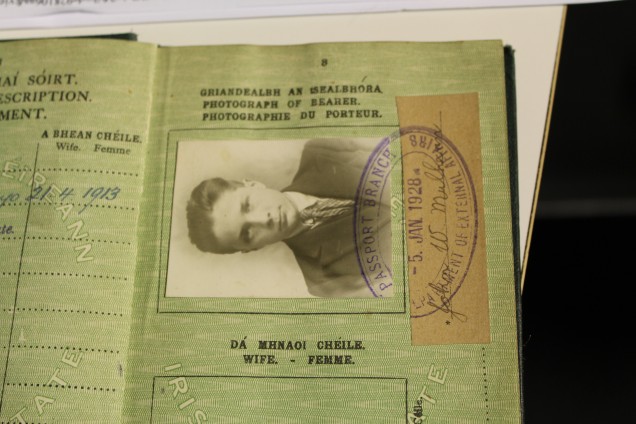 Above: When John Mulherin came to the Chicago Cultural Center to record with his daughter, Kimberlee, in June 2013, be brought along his father’s passport. On the passport the stamp that marked his father’s January 5, 1928, immigration from Ireland to the United States is clearly visible. 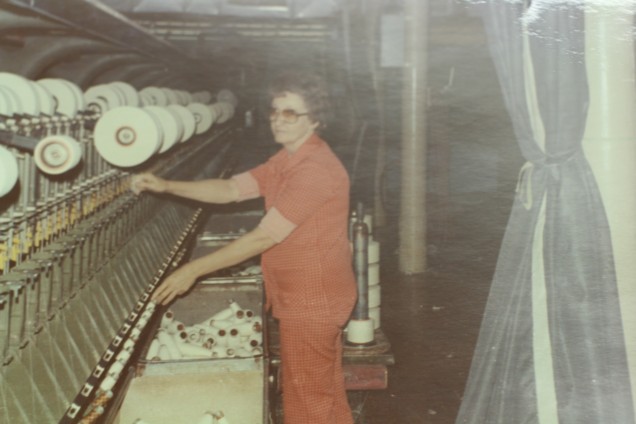 Above: When Mary Howell and Audrey Estes came to StoryCorps in Clinton, South Carolina, last December, with their friend Tommy Kitchens, they discussed their years working in a textile mill together. They brought along old work photos to their recording at Presbyterian College. 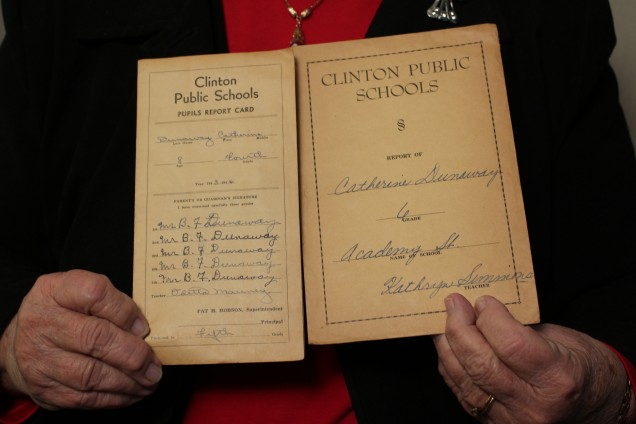 Above: Longtime friends Catherine Dunaway and Martha Reeder came to StoryCorps in Clinton, South Carolina, last December to share childhood memories. They also discussed working in a company store, attending school, and their educations. When Catherine arrived at Presbyterian College to record, she brought along a copies of her fourth (1943- 1944) and sixth (1945- 1946) grade report cards.

Thanks to Recording & Archive interns Rachel Cloyd and Colleen Daly for their research help.

blog
My holiday tradition with my father

My holiday tradition with my father

As part of our annual holiday tradition, my father, Jonas, and I sat down to listen to our StoryCorps interview from 2013. Our conversation touches on the experiences of several generations of Black men in my family, from the Deep South to Chicago, and in it, you’ll hear the warmth and laughter that are a part of any chat I have with my dad. Our story is rich and real—it’s become part of our holiday tradition because it reminds our family of the history and humor that brought us to the present moment.