Did you know that the broadcast pieces you hear on NPR and our podcast are excerpts of interviews pulled from the StoryCorps Archive? Participants visit one of our recording locations with a friend or family member to record a 40-minute interview with the help of a trained StoryCorps Facilitator, or record a conversation using the StoryCorps App. All interviews recorded using the StoryCorps App, including the selections below, can now be accessed at archive.storycorps.org, our first step towards making our collection of voices accessible to the public.

Thanksgiving is one of the biggest holidays celebrated in the United States, but if you grew up in another country, you may not have celebrated, or even heard of, the holiday. Listen as three immigrants share their stories about their first Thanksgivings and the new traditions they’ve created with their families.

Jayashree Patale emigrated to the United States from India. In her StoryCorps App interview, she tells her granddaughter, Tara, about her first Thanksgiving in America. Jayashree had never heard of the holiday, but she tells Tara about a welcoming neighbor who invited her over for dinner to share in their traditions. “I was a little shy at the time,” she says, “but everybody made me so comfortable.”

Jayashree tells the story of being served sliced turkey and not realizing it was meat. She happily finished her meal even though she’s a vegetarian! “I said, uh oh!  But it’s all right, it doesn’t matter whether I ate meat or not,” she says, “I had a great time, and I really appreciated that people were so loving.” 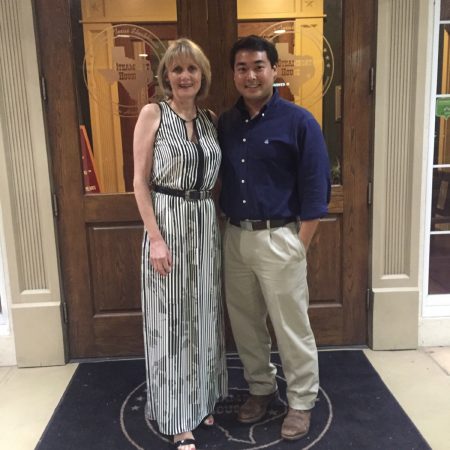 Valerie Cecil, who grew up in England, tells Joaquin Borja about celebrating Harvest Festival Suppers growing up.  She never celebrated Thanksgiving, though, until she married her husband, who is from Texas. She talks about the first year they celebrated it together, when they were living in Egypt. “He invited several of the American families who were on their own there over to our house for Thanksgiving,” she says. “So I had to learn how to cook pumpkin and pecan pie!”

Valerie shares some of the traditions she’s now passed down to her children and describes the five-course meals she prepares every year for the holiday. One round involves a mystery sorbet that her guests have to guess the ingredients of. 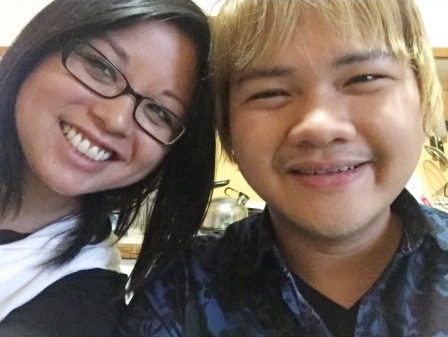 Amanda Lacson asks Mike Alvarez what traditions his family started when they came to the United States from the Philippines. “The first thing that popped into my mind is Thanksgiving,” he says, “but I think Filipinos, or at least my family, will use any occasion to celebrate and prepare food!”

He describes the eclectic dinners his family would have, “Someone did make a turkey with stuffing — but it would also be accompanied by traditional Filipino cuisine,” he laughs, “Like pancit, turon, lumpia…  The turkey would still be at the center of the table, but the perimeter would be Filipino food.”