In the 1860s, six all-black cavalry regiments were created to help rebuild the country following the Civil War. According to legend, Native Americans on the western frontier called these troops “Buffalo Soldiers” because their dark curly hair resembled the coat on a buffalo, and the soldiers embraced the name because of the buffalo’s fierce reputation. 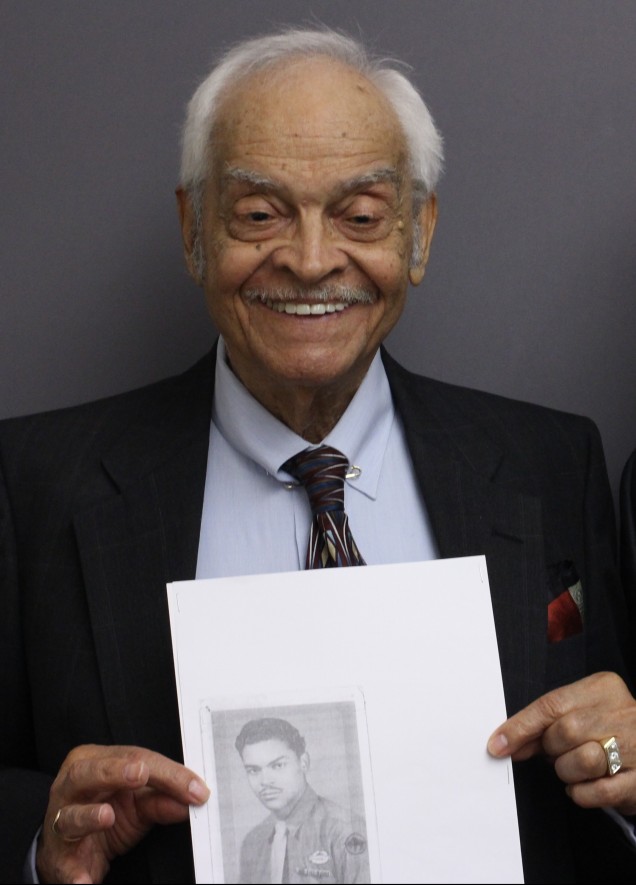 Long before Bob Marley sang about them, the nickname was taken on once again by all-black U.S. Army troops in the days before the armed forces were desegregated in 1948.

As part of our ongoing partnership with the National Park Service Midwest Region Centennial Committee, StoryCorps has been recording at the Charles Young Buffalo Soldiers National Monument, which was established in March 2013, in Wilberforce, Ohio.

This past November, Harold Warren (pictured at left), now 92, one of the few surviving WWII “Buffalo Soldiers,” traveled a mile from his home to the monument to record a StoryCorps interview. Joined by his son, Lee, he recalled being drafted into the Army in May 1941 and being assigned to the 92nd Infantry (an all-black unit except for the officers). Soon after he found himself dodging bullets on the front lines in Italy while being shot at by German soldiers.

See original photos and listen to Harold and Lee’s interview below:

Freed slaves founded the town of Nicodemus, Kansas, in 1877. At the time it was the only all-black community west of the Mississippi, and today, it remains a functioning town. In 1996, Congress designated Nicodemus (pictured at top) a historical site and more recently, StoryCorps joined the annual Homecoming festival celebration (held since 1878), to record recollections from visitors.

Two of the people who chose to share their stories were Barbara Christian and her half-brother Thomas Wellington. Their ancestors are from Nicodemus, and they discussed the childhood memories that arise whenever they return to Nicodemus, and the emotional pull that this national historical site has over their lives.

See original photos and listen to Barbara and Thomas’ interview below:

In addition to the Charles Young National Historic Site and the Nicodemus National Historic Site, StoryCorps has also sent facilitators to other important Midwest black historic sites. This month, we recorded at the Brown v Board of Education National Historic Site in Topeka, Kansas (pictured below), where Linda Brown’s attempt to attend third grade at the Sumner Elementary School set the stage for the Supreme Court’s 1954 landmark ruling that put an end to legal segregation in public schools.

We also recorded at the birthplace of George Washington Carver in Diamond, Missouri. This national landmark honors Carver, who was born into slavery in the 1860s and became an influential agriculturist, scientist, and educator. And later this year, we will send facilitators to the Central High National Historic Site in Little Rock, Arkansas, 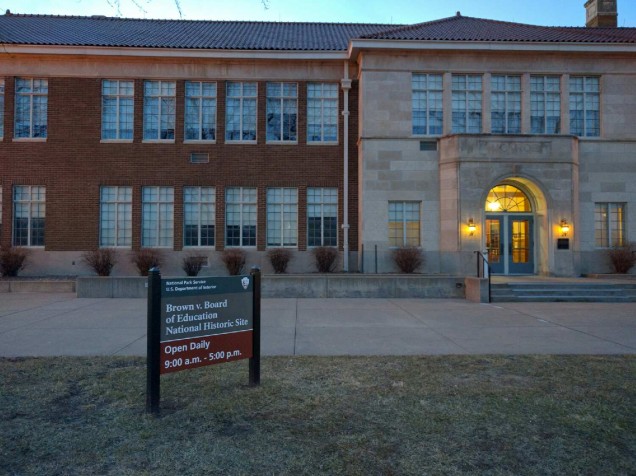 to record stories on the spot where a governor attempted to defy the Supreme Court’s ruling in Brown v Board of Ed and keep his state’s public schools segregated.

Individually, we have captured amazing personal stories and recollections of defining national moments that would otherwise be lost to time, and as a collection, these place-based stories provide an invaluable context to turning points in American history.

Click here to listen to more stories from our recordings at national parks across the Midwest.