When Francisco Preciado was six years old, his family moved from Mexico to the California. They entered the United States through the Bracero program, which, starting in 1942 and lasting more than 20 years, allowed Mexican workers to come to the U.S. to take temporary agricultural jobs. 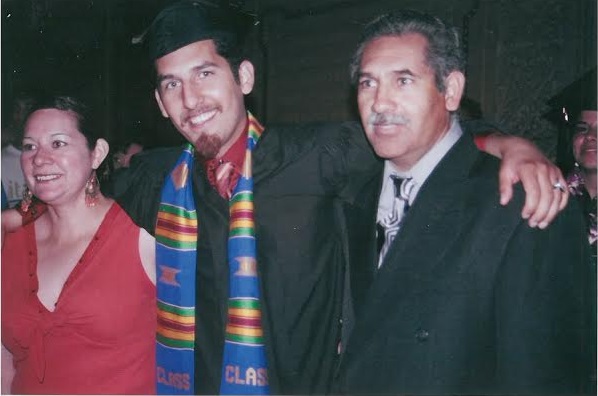 At the time, Francisco spoke only Spanish, but he quickly learned English with the help of his teachers. This led him to dream of one day becoming a teacher himself, but financial demands and the need to support his family forced him to drop out of school and begin working full-time.

In the early 1980s, he took a job as a groundskeeper at Stanford University and was often accompanied to the college by his young son Frankie. Francisco hoped that one day Frankie would become a student at Stanford, and his dream came true with Frankie graduating from the university in 2007 with degrees in political science and Chicano(a) Studies.

Now 31 years old, Frankie is the executive director of the union that represents Stanford’s service and technical workers, and whose membership also includes his father.

Francisco and Frankie came to StoryCorps to talk about their relationship and their time together at Stanford—one as a maintenance man, the other as a student.

Above: Frankie with his father, Francisco, and his mother, Margarita, at his 2007 graduation from Stanford University.

Top: Frankie and Francisco at one of the fountains that Francisco takes care of on the campus of Stanford University.

Photos courtesy of the Preciado family.

When Jeff Wilson heard this StoryCorps conversation about a car accident, it brought back bad memories.

In 1984, Jeff was driving to high school when the sun got in his eyes and he struck another student as she was crossing the street.

Jeff told that story in an online comment, and we suggested that he sit down with Tammie Baird, the person he hit 30 years ago.

So they came to a StoryCorps booth and sat face-to-face for the first time since high school.

Cristina Peña was born HIV positive in 1984. Her father died from AIDS. Her mother is still living with HIV today.

Cristina was told she was HIV positive when she was nine years old, but she and her family kept it a secret from her schoolmates and friends.

In high school, she met and started dating Chris Ondaatje. One day after school Chris decided to tell Cristina that he was in love with her.

That’s when Cristina sat him down for a revelation of her own.

At the time of this recording, Chris and Cristina have been together for 13 years.

Learn how Cristina works to provide healthcare to HIV-positive children in Africa.

Josh Lampert started having psychotic episodes in college when he was 19 years old and living in Seattle, Washington. Today, Josh, 32, is a line cook at a Mediterranean restaurant in San Francisco.

At StoryCorps, he talks with his father, Chuck, about his illness and thanks him and his mother for saving his life.

In 2007, when Faith Marr was 4 years old, she was diagnosed with a rare bone cancer on her spine and had what was to become the first of eight surgeries replacing her vertebrae with titanium rods.

At StoryCorps, Faith, 10, talk with her father, Jerris, about the tremendous pain she dealt with and shares some of the lessons battling cancer has taught her.

Faith’s cancer is now in remission and when she turns 18, Jerris plans to get a tattoo in her honor that says, “Keep the Faith.”

Above: Faith in 2008, on her 5th birthday. Photo courtesy of Jerris Marr.

Diane Tells His Name is Lakota and her family is of the Oglala Sioux Tribe of South Dakota, but Diane didn’t know any of this until she was an adult and learned that she had been adopted.

She spoke with her daughter Bonnie Buchanan at StoryCorps. 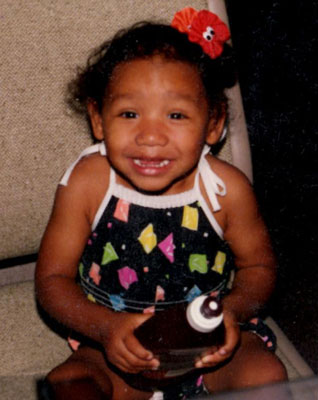 This conversation was recorded at the San Francisco StoryBooth. For more information or to make an appointment click here.

Surinder Singh left India in the mid-1960s to pursue a career in education. He raised his family in Canada and the U.S., but as practicing Sikhs, they faced a number of challenges.

At StoryCorps in San Francisco, he sat down to speak with his eldest son, Rupinder Singh.

Scott Wall and his wife, Isabel Sobozinsky-Wall, got their love story down on tape — 20 years before they came to StoryCorps.

It started on New Year’s Eve 1991. Isabel was living in San Francisco but decided to celebrate with some friends in New York City. That’s where she met Scott.

Scott and Isabel hit it off and started dating despite living on different coasts. They eased the distance with a novel type of love letter — the couple would record their everyday lives on cassette tapes and mail the recordings back and forth.

Within a year, Scott moved to California to live with Isabel. At StoryCorps, they sat down to remember how it all began.

Chris Whitney tells his friend Erin Kuka about being diagnosed HIV positive early on in the AIDS crisis.