Separated by Time and Distance, Best Friends Reunited After More Than Three Decades

Pak Yan and Joe Chan grew up in the same neighborhood in Hong Kong. They developed a close friendship, learning to ride bikes without training wheels and walking each other to school every day. Then, in 1962, Joe’s family moved to the U.S., seeking refuge amidst the Great Chinese Famine. 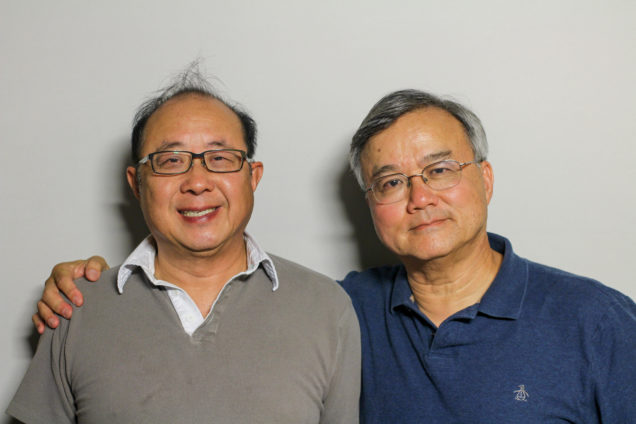 Pak Yan (left) and Joe Chang at a StoryCorps interview in San Francisco on September 18, 2014. By Geraldine Ah-Sue for StoryCorps.

An ocean between them, the two sent handwritten letters weekly via airmail. But after several years, as they moved and their addresses changed, the two lost contact. Pak often wondered what had become of his friend, and when he was 30 years old he also moved to the U.S. Years later—in 2000, when the internet was still relatively new—Pak decided to use Yahoo to search for his friend. He found 108 Joe Chan’s and called them one by one, leaving voice messages until he finally reached Joe on the 104th call.

“It’s like we just picked up where we left off,” Joe said. In 2014, the two men came to StoryCorps to remember their reunion.

Top Photo: Pak Yan (left) and Joe Chan (right) at Friendship Park in Richmond, CA soon after they reunited. The text on the rock reads ‘friendship’ in Chinese.