Even though they’re only teenagers, Fatuma Abdullahi and her sister, Maryan Osman, have undertaken a long, complicated journey to get to where they are today.

When they were very young, the girls lost their parents during the civil war in Somalia, the country in which they were born. They were taken in by their grandmother until she was resettled in Australia. Fatuma and Maryan were to follow her there, but in the interim, Australia closed its borders to Somali refugees. The were shuffled between family members in Kenya until they were eventually left on their own.

Then, in 2014, Fatuma and Maryan were resettled in the United States through Catholic Community Services of Utah. There they found a stable, loving home with a young couple, Annie and Randall Johnson, near Salt Lake City. They also live with their little brother, Roscoe, and their dog, Maddox. 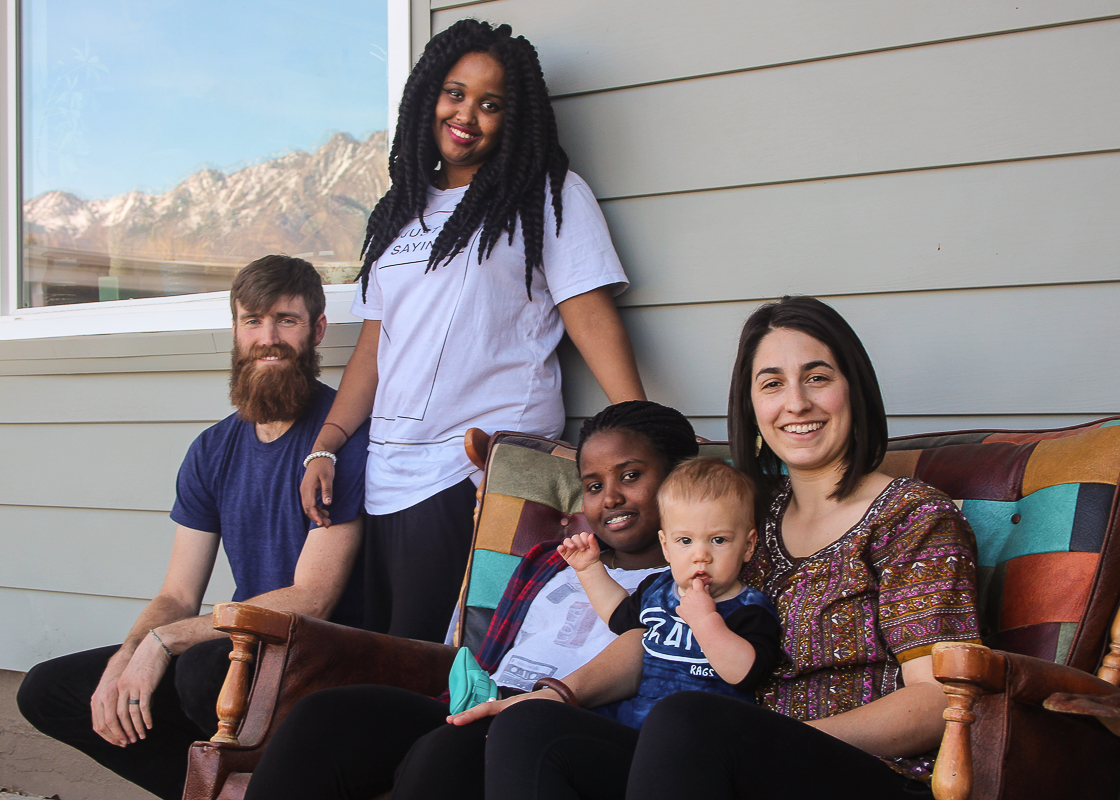 Fatuma and Maryan recently sat down with Annie to talk about what it’s been like — for all of them — to become a family.