Ninety-year-old Walter Dixon, of Waynesville, Missouri, is a veteran of three wars. He joined the Army at age 16 to serve during World War II. He came back from that war and got married, just before shipping off to join the Army’s 38th Infantry in Korea.

While there, he was declared dead on the battlefield — only to return home alive two years later.

He came to StoryCorps with his son, Russ Dixon, to share his story. 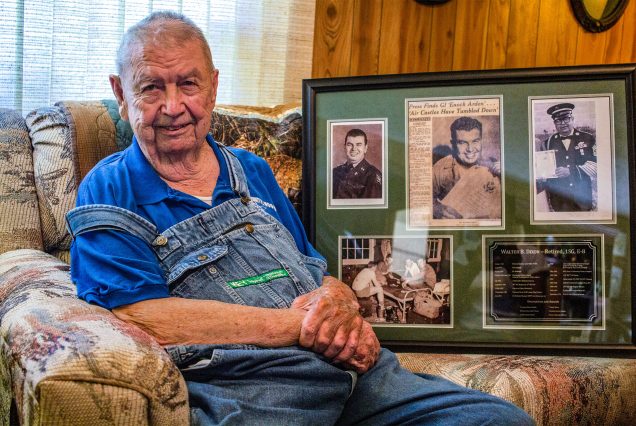 There’s a little bit more to the story.

When Walter was declared dead in Korea, a woman named Aldine May Fenton wrote his obituary for the local paper. 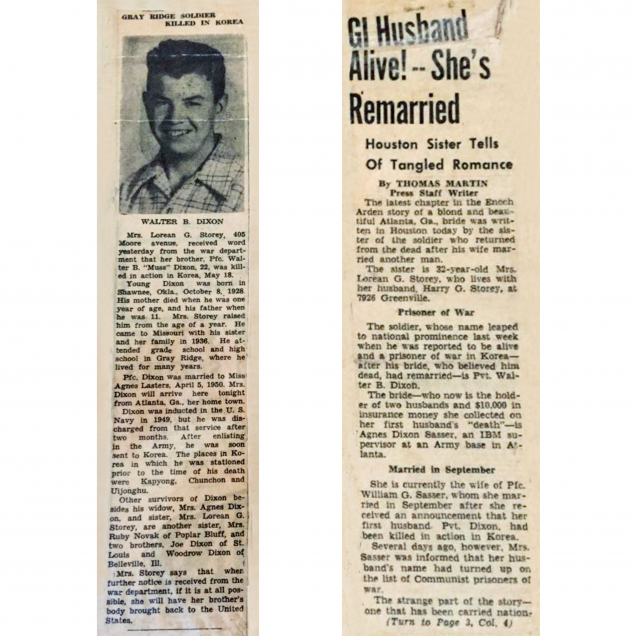 He ended up marrying her after his return. They had three children, including Russ Dixon. 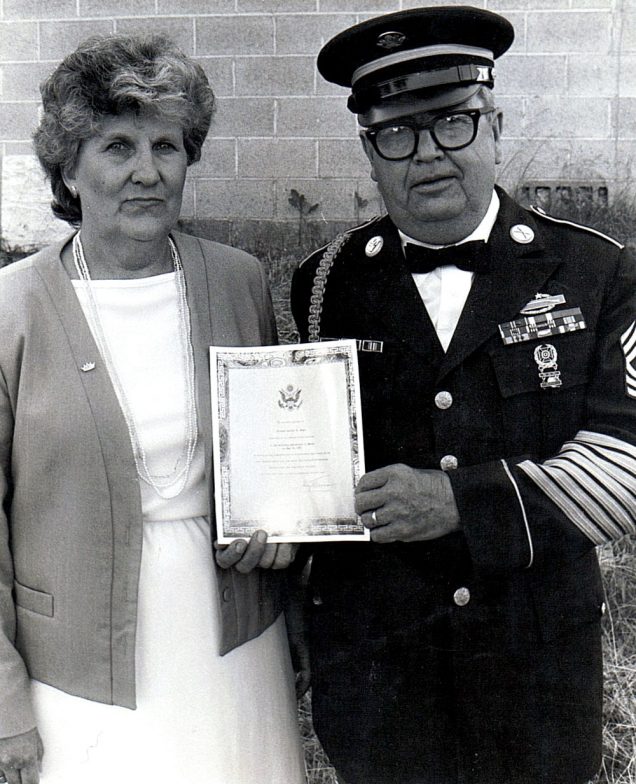 Walter retired from the military in 1971, 26 years after first signing up.

Top photo: Walter Dixon and Russ Dixon at their StoryCorps interview in Waynesville, Missouri on June 26, 2019. By Dupe Oyebolu for StoryCorps.

Middle photo: Walter Dixon poses with newspaper clippings and photos detailing his experience as a POW. By Dupe Oyebolu for StoryCorps.

Middle photo: A copy of Walter Dixon’s obituary, which was posted after he was presumed dead during the Korean War, and a newspaper article declaring his return. Courtesy Russ Dixon.

Bottom photo: Walter Dixon poses with his second wife, Aldine Dixon, and his death certificate after returning from Korea, where he was held prisoner of war for more than two years. Courtesy Russ Dixon.