In 2010, Marilyn received orders to deploy to Iraq, but her daughter Jessica did not. When Jessica found out that her mother was about to be deployed, she changed her job so she would go to war with her mom. 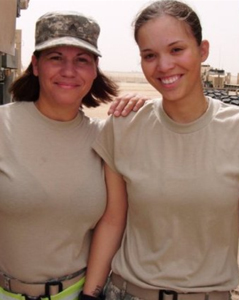 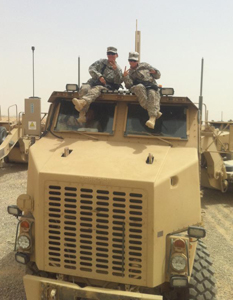 Photos on left: Marilyn and Jessica at their base in Kuwait in 2010.
Photo on right: The mother-daughter duo on one of the trucks they drove in Iraq in Camp Speicher, Tikrit, Iraq.
Courtesy of Jessica Pedraza