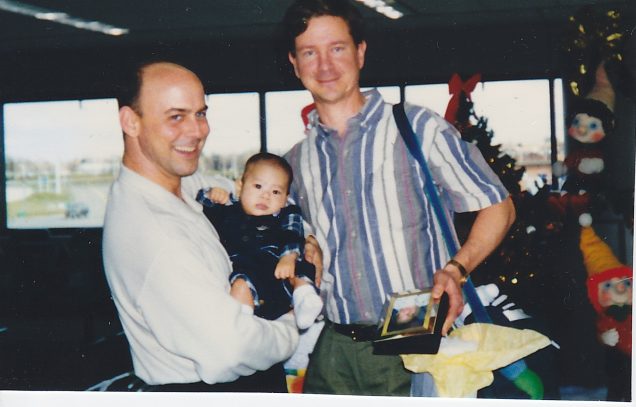 Mala Fernando (left) talks with her daughter, Ashanthi Gajaweera, about her marriage to Ashanthi’s father when she was 22 years old and still living in Sri Lanka, and finding love once again after his death.

When Tony Perri was 17 years old he went to confession and told his priest that he was attracted to men. After that he didn’t tell anyone else about his feelings for another 17 years until he told his wife, Shirley. At StoryCorps Tony talks with his grandson Jeffrey about coming out, and Jeffrey talks about his own coming out experience.

When Bob Panara was 10 years old, he became deaf. He tells his friend Greg Livadas about his father arranging for him to meet his childhood hero—Babe Ruth—in the hope that the shock would help his hearing return, and what Brooks Robinson later did to become his idol.