William Chambers’ mother, Ceceley, is an interfaith chaplain who has provided spiritual support to seniors and hospice patients suffering from memory loss and dementia. Her work involves talking with people about their faith, listening to their stories, and praying with them — sometimes up to ten times a day.

Last year William, 9, went to work with his mother while she was visiting with residents of the Boston-area Hebrew Rehabilitation Center. 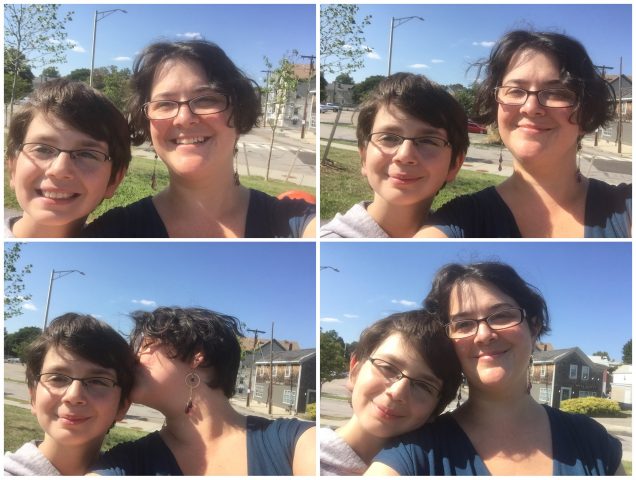 Ceceley knew that many of the residents liked having children around, and they were thrilled to have William there.

At first William was afraid to go to the center, but his experience there left him pleasantly surprised. Among the residents he spent time with was a woman with end-stage Alzheimer’s disease who carried a baby doll with her that she treated like a real child. This didn’t faze William who told his mother, “I think people are free to think whatever they want to think.”

Since his initial visit, William has returned to work with his mother several more times. While Ceceley finds it difficult to say goodbye to the residents at the end of the day, they have taught her the “importance of being present, and the beauty of just little small moments.” William says that his time going to work with his mother has changed how he sees things as well: “They made me think, you should enjoy life as much as you can cause it doesn’t happen forever.”

They came to StoryCorps to discuss the affect Ceceley’s work has had on them both.

[Of the many residents Ceceley has counseled, she felt particularly connected to one man who would sing her love songs and tell her dirty jokes. Listen below to hear one of the love songs.]

Above photo of William and Ceceley courtesy of Ceceley Chambers.

In 1968, following the order to desegregate the public schools, Ricardo Pitts-Wiley was bused to a predominately white school. He tells his son Johnathan T.M. Pitts-Wiley about the opportunities it afforded him and how that year changed his life.