Every summer, the town of Peabody, Massachusetts is serenaded with the familiar strains of “Yankee Doodle.” It’s the sweet sound of Allan Ganz’s ice cream truck. Ganz has worked as an ice cream man for more than seven decades. He only takes one day off per season. 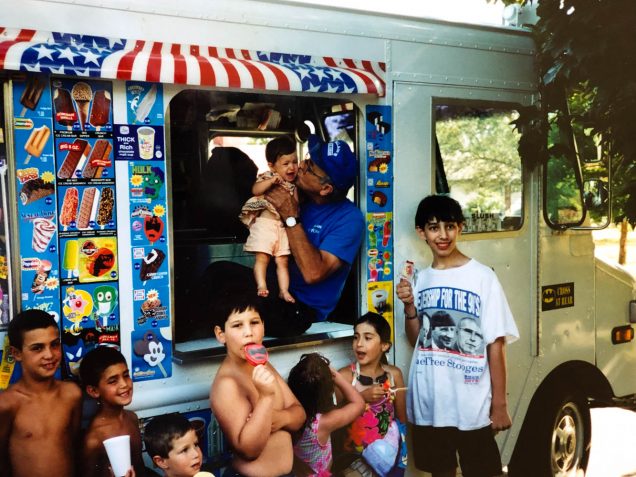 Over the years, he’s watched his customers grow up to become parents and even grandparents. The town loves him so much it has a street sign designating him “The King of Cool.”

He came to StoryCorps with his wife, Rosalyn, to share the story of how his father got him started in the business over 70 years ago. 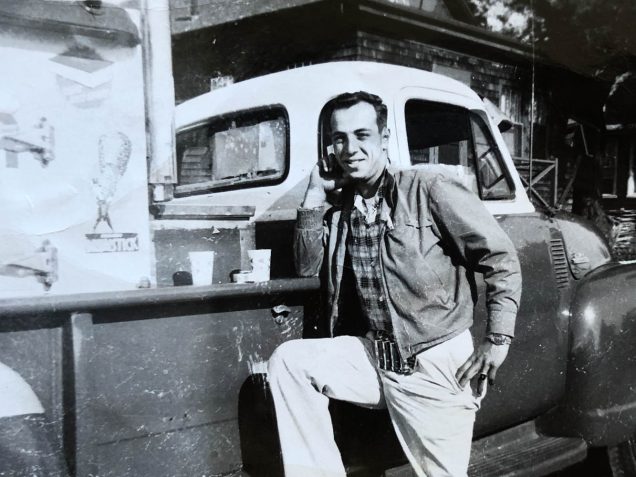 Top photo: Allan and Rosalyn Ganz at their StoryCorps interview on July 12, 2018 in Peabody, Massachusetts. By Camila Kerwin for StoryCorps.

Middle photo: Allan is greeted by a bevy of neighborhood kids as he makes a stop along his typical ice cream route in Peabody, Massachusetts. Courtesy Allan Ganz.