When The Mail Stopped: A Letter Carrier Remembers Striking For Wages, And Dignity, In The Great Postal Strike Of 1970

In March of 1970, postal workers across the country walked out in one of the largest strikes against the federal government in U.S. history. It lasted 8 days, spanned over 30 cities, and won postal workers a living wage. 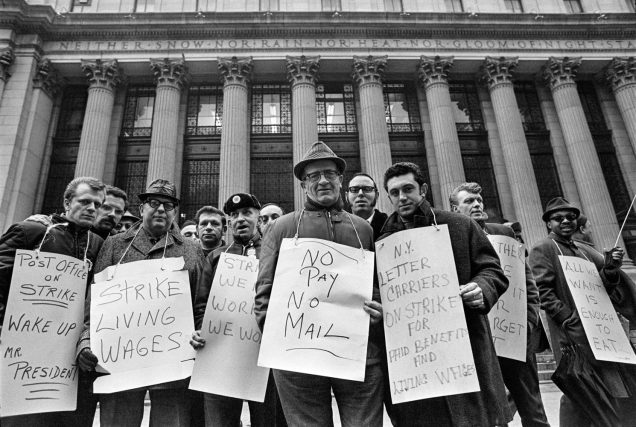 Tom Germano was one of them. He grew up in a working class neighborhood in New York City, and found his calling as a letter carrier, delivering mail on those same streets he grew up on.

He came to StoryCorps with his son, Thomas, to talk about those early days, and why he was willing to put his livelihood on the line during the historic strike.

Top photo: Thomas Germano and Tom Germano at their StoryCorps interview in North Babylon, NY, on February 7, 2020. By Camila Kerwin for StoryCorps.