Twenty-five years ago this week, Greg Yance arrived in the tiny town of Niota, Illinois, on the banks of the Mississippi River. He was serving time for a drug conviction and was sent to Niota with a group of inmates to shore up the town’s levee. 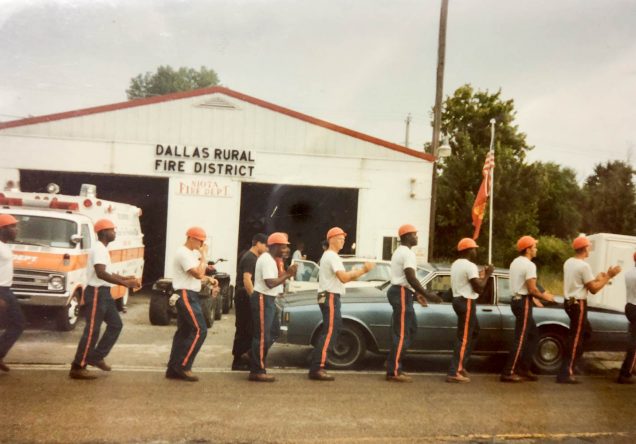 This was during the Great Flood of 1993, one of the costliest and most devastating floods in U.S. history, which caused catastrophic flooding across nine states and $15 billion in damage. 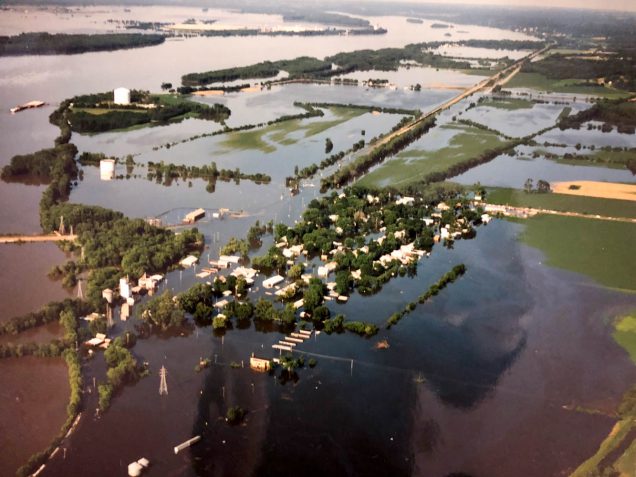 Greg hadn’t been back to Niota since the flood — until recently, when he reconnected with Neoma Farr, a local beauty shop owner he first met 25 years ago. 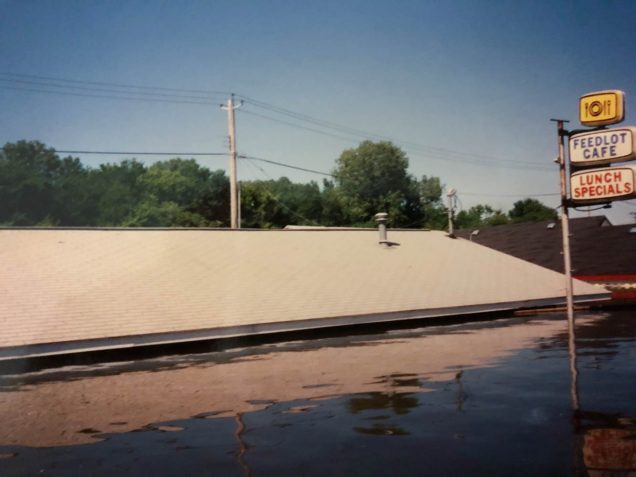 Neoma still runs her beauty shop in Niota, where she and Greg recorded this StoryCorps interview. Greg never returned to prison and now works as a machine operator at a factory in Rockford, Illinois. 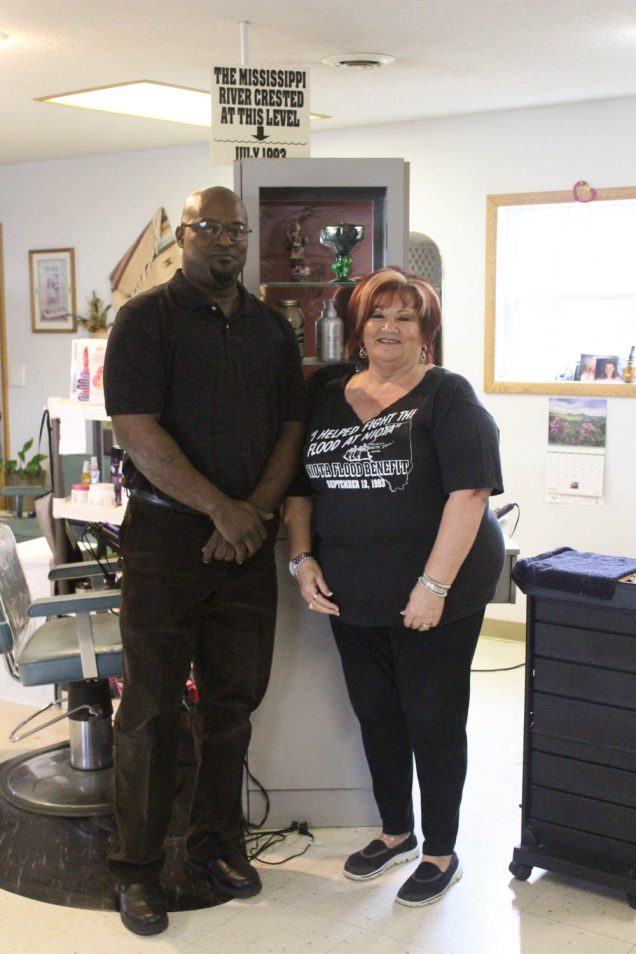 Top photo: Neoma Farr and Greg Yance at their StoryCorps interview on April 18, 2018 in Niota, Illinois. By Grace Pauley for StoryCorps.

Middle photo: Greg Yance, fifth from the right at age 23, marches to work on the levee in Niota, Illinois, with his fellow inmates in July 1993. Courtesy of Neoma Farr.

Middle photo: An aerial view of the damage to Niota, Illinois, when the town’s levee broke on July 11, 1993. Courtesy of Neoma Farr.

Bottom photo: Greg and Neoma pose in Neoma’s refurbished beauty shop on April 18, 2018. A sign above their heads indicates how high the water was inside Neoma’s shop after the levee broke in 1993. Greg and Neoma recorded their StoryCorps interview in the beauty shop. By Kelly Moffitt for StoryCorps.