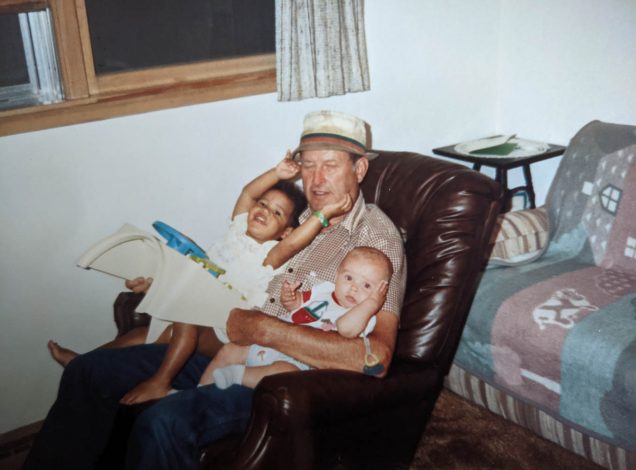 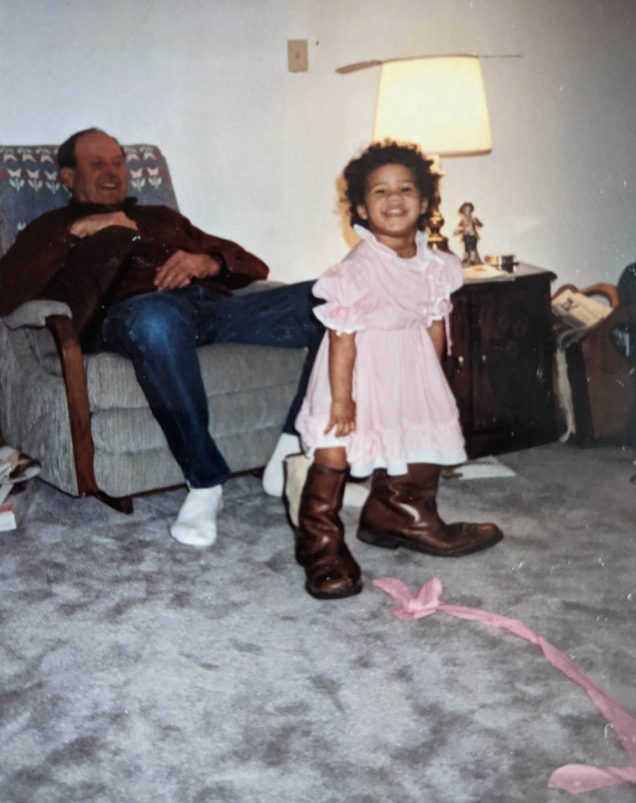 In 1997, Sharon Adams felt a call. After 30 years away from her hometown of Milwaukee, Wisconsin, she moved back into the house where she grew up. As Sharon was fixing up her family home, she needed an electrician. That’s when she met her now-husband, Larry Adams.

They’ve since completed several projects around the house, but the couple’s biggest undertaking came when they turned to the area outside of their home.

Inspired by Sharon’s memories of her once close-knit community, they established Walnut Way, a nonprofit dedicated to revitalizing their neighborhood.In the two decades since, they’ve built and restored more than 100 homes and transformed over 20 lots into gardens and orchards. 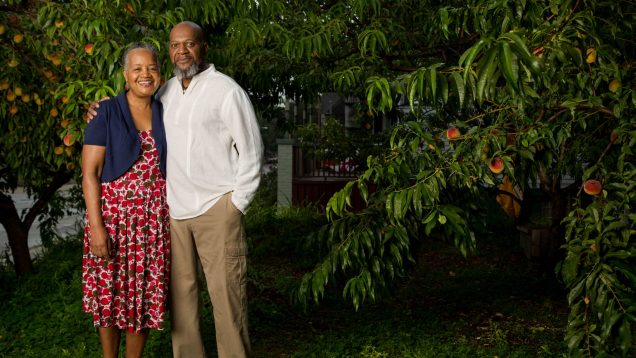 At StoryCorps, they remembered how as their relationship grew, so did their involvement in the community.

Top Photo: Sharon and Larry Adams in the house where their nonprofit, Walnut Way, is based. Photo by Adam Carr.

Bottom Photo: Sharon and Larry Adams in front of their peach trees. Photo by Sara Stathas.

Jim Krawczyk recalls a trip he made to New Hampshire in the 1960s to meet reclusive author J.D. Salinger. After being told by Salinger’s ex-wife, “Anything he says, he says in his books,” Jim eventually tracked down Salinger in person and got a handshake.

Lyle Link tells his granddaughter Carly Dreher about growing up on his family’s farm and how he couldn’t wait to leave, and the adventures he went on with his wife Marion and the pain of living without her.

Tomas Kubrican had only recently arrived in the United States from Slovakia when he met Carol Mittlesteadt, a waitress at the restaurant where he was a cook. Despite his limited grasp of the English language, Tomas found a way to communicate with the woman who he would one day marry.