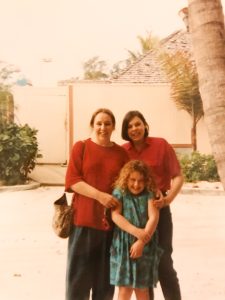 Nineteen-year-old Noe Rueda (right) grew up poor in Little Village, a neighborhood on Chicago’s West Side. He is the oldest of four siblings raised by a single mom. As a boy, Noe watched his family struggle and decided to help.

Click here to watch “Making It,” an animation of Noe’s story.

Patricia Brennan never thought about having a child until she woke up one morning thinking about nothing other than how much she wanted to have one. At StoryCorps she talks with her son, Connor Murphy, about her change of heart, and the one regret she has about it.