Saboor Sahely grew up in eastern Afghanistan’s Laghman province. He remembers the village in which he was raised as being like a big family, with neighbors coming and going freely from each other’s homes, sharing food, and attending one another’s celebrations. On hot summer nights they would sleep on their roofs entertaining each other with stories late into the night. That is also where he first heard about America, planting a desire to one day come to the United States. 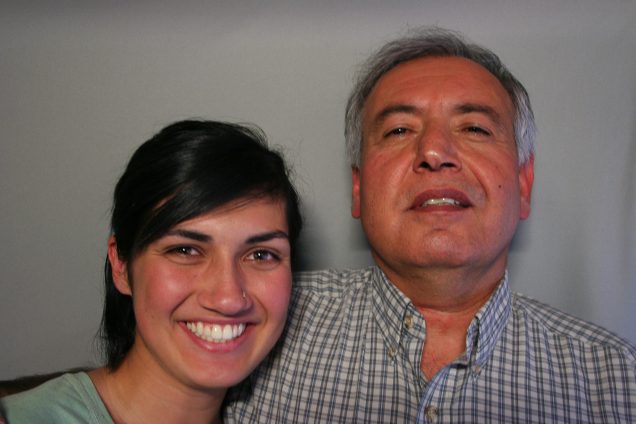 In 1978, a long Afghani civil war began, and Saboor’s family, fearing that he would be unable to soon leave the country, urged him to go to the United States. He had already been accepted to Utah State University, and when he arrived in New York City, he only had with him a suitcase, the phone number of a relative he had never met, and a few hundred dollars. He used the money to purchase a bus ticket to Logan, Utah.

In Logan, he got a job as at a restaurant as a dishwasher and quickly moved up to cook, eventually becoming a district manager. But the restaurant ran into financial problems and closed. Saboor used the money he had saved to purchase the building, and in 1983 he opened Angie’s Restaurant—named after his then 2-year-old daughter.

Starting 26 years ago, Angie’s Restaurant began offering free meals to the Logan community on Thanksgiving. Saboor came to StoryCorps with his younger daughter, Jessica, to talk about his life in Afghanistan, and how the lessons he learned continue to inspire him.

Jean Thackeray (left) tells her daughter-in-law Susan about a German POW who worked on her father’s Utah farm during World War II. She recounts coming across him crying over his lost Bible one day, and after she found it for him in the field, he carved her a necklace which she still has today as a thank-you.