When they met in 1993, they were “sort of in the closet.” John’s wife of over 35 years had died nearly a decade prior and he had never been in a serious relationship with a man. Neither had Jerry.

At first, the two seemed worlds apart. John was a lover of art and theater, while Jerry was an outdoorsman. But they hit it off and soon became inseparable. 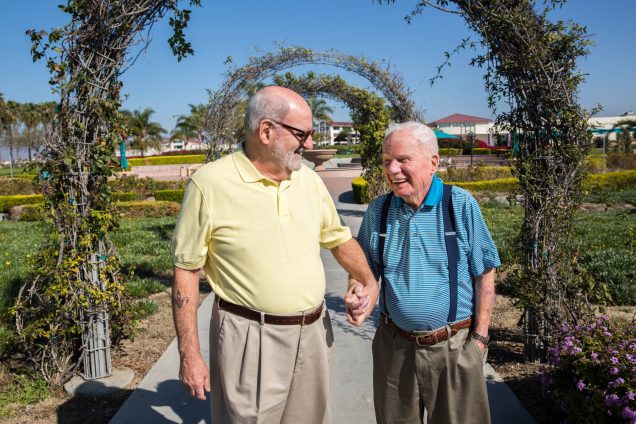 Today, they live together in a senior home for veterans in Chula Vista, California — just a few miles south of San Diego, where they were married in 2013.