February marked 25 years since the end of the Gulf War. 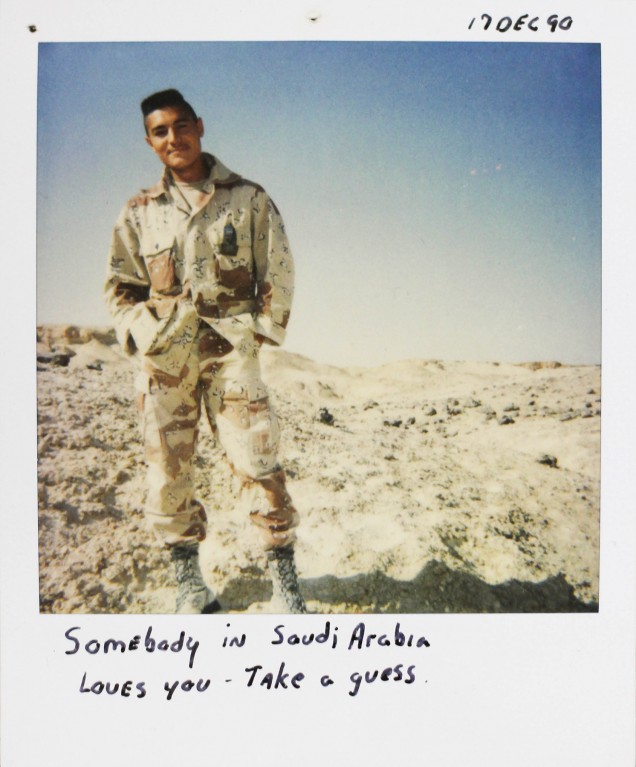 One of the war’s final battles, waged just before a cease-fire was declared, was a United States-led attack on the Iraqi controlled Jalibah Airfield by the 24th Infantry Division. Army Captain David Taylor was one of the officers leading the troops, and he feared that the plan would result in American soldiers dying as a result of friendly fired. But he did not say anything, and unfortunately, he was right.

Army Specialist Andy Alaniz was a member of a unit not under the command of Capt. Taylor, his vehicle turned sharply during the fight and he ended up in the line of fire. Andy died in the crossfire, one of 35 soldiers killed by friendly fire during the Gulf War.

At the time of his death, Andy, 20, had been married less than a year, and his wife, Catherine Alaniz-Simonds, was six months pregnant. While Andy was in Iraq they would send each other letters and Polaroid photos almost daily. Catherine would give him detailed updates about her pregnancy, and Andy would send back photos scrawled with messages like “Take care of the baby,” and “I love you.” 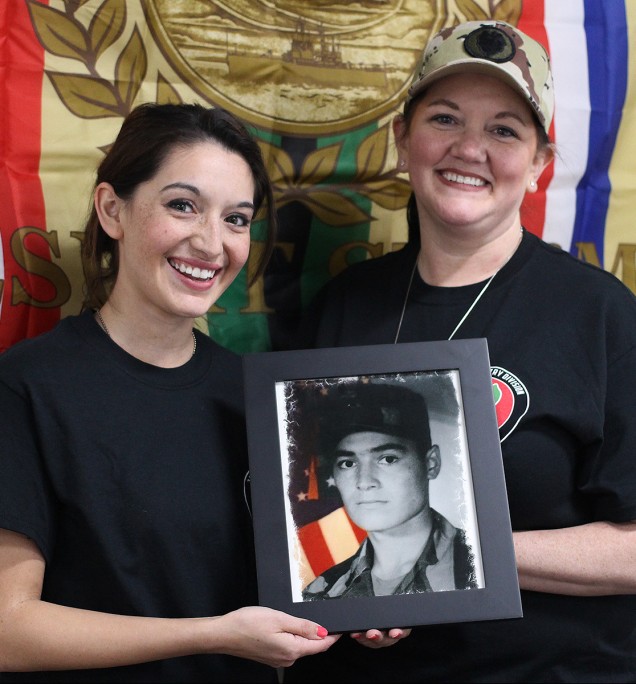 Days after her baby shower, Catherine learned that on February 27, 1991, Andy had been killed.

Since his death, Catherine has sought out men from both Andy’s unit and the other units present at the airfield to help her better understand what happened to her husband that day. And since that time, now retired Colonel David Taylor has lived with the guilt of believing that he could have done something to prevent the death of his fellow solider.

Earlier this year, at a reunion of the 24th Infantry Division at Fort Stewart in Hinesville, Georgia, Catherine and David (pictured in the player above) met face-to-face for the first time. They sat down for StoryCorps to talk about the day Andy died and how it has impacted both of their lives.

Catherine and Andy’s daughter, Andee (pictured above with her mother and a photo of her father), will turn 25 later this year. In 1992, the photographer David Turnley won a World Press Photo of the Year prize for his image of the grief shown by Sergeant Ken Kozakiewicz who was being evacuated to a hospital by helicopter upon learning that the body bag accompanying him and fellow wounded soldier Corporal Michael Tsangarakis contained the remains of his friend, Andy Alaniz.