Each year as the holidays approach, airline companies brace themselves for record numbers of travelers, flights, and inevitable delays. And when flights are interrupted, airline customer relations officers like Fred Taylor step in to deal with angry customers. 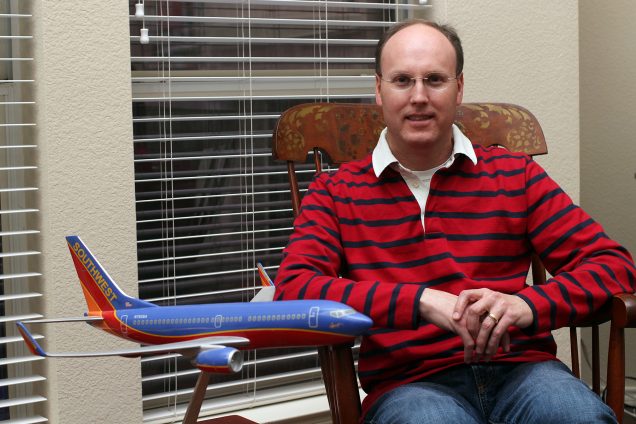 For 15 years, Fred was the Senior Manager of Proactive Customer Communications for Southwest Airlines or, as his daughter lovingly calls him, “The Sorry Man.” He created this department in 2004 in response to fliers who were impacted travel by issues, from the most mundane weather delays to scary airplane malfunctions and unruly passengers.

For example, Fred explains that if an engine shuts down because parts of the fan blade come apart, it makes a lot of noise and creates plumes of fire that come out of the back. This is a fairly common mechanical issue, but it can be terrifying for the passengers aboard who don’t know much about planes. That’s where Fred came in.

On another memorable flight, a woman combined alcohol and prescription medication in order to deal with her fear of flying. As a result, she took off all of her clothing and starting chewing on the seat bottom cushion. Fred says he had to apologize to the other 137 other passengers who were also aboard that flight.

Fred came to StoryCorps with his wife, Julie, to share his experiences as a professional apologizer.