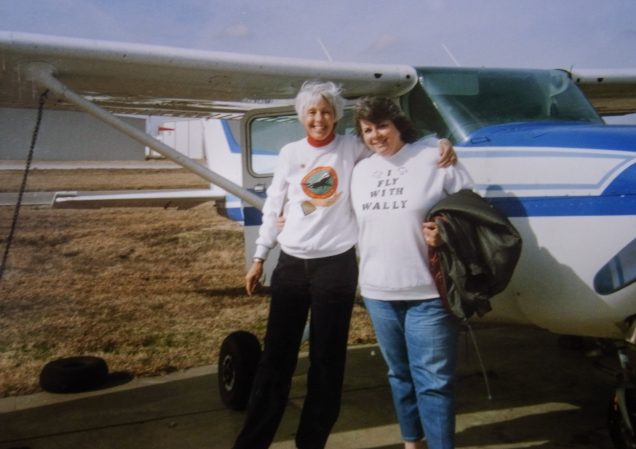 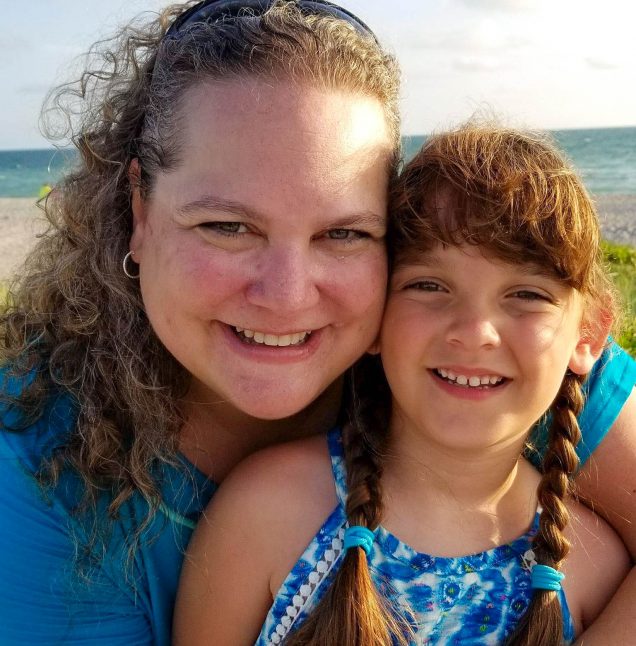 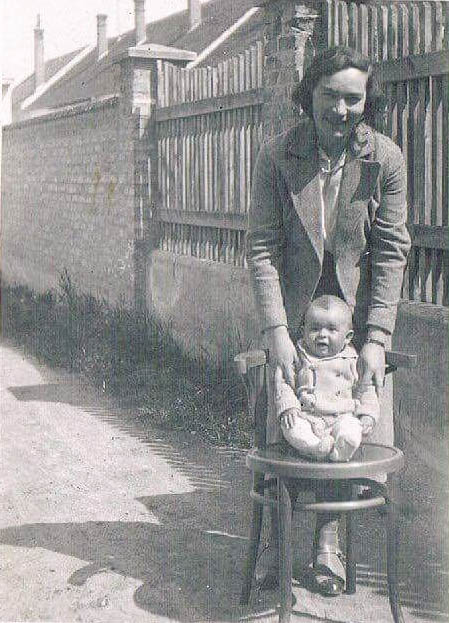 ‘Everything Just Came Crashing Down’: A Mother and Daughter Grapple With Homelessness

Ten years ago, Sandy Baker left her troubled marriage. Using what money she could scrape together, Sandy checked into a motel with her teenage daughter, Ashley. They were homeless for the next two and a half years.

Recently, they came to a StoryCorps booth in Dallas to talk about that time.

Ashley and Sandy now have their own apartment. This year, Ashley graduated college, and Sandy now works to provide housing for others in need.

Top photo: Ashley Baker and Sandy Baker at their StoryCorps interview in Dallas, TX on October 19, 2019. By Eleanor Vasilli for StoryCorps.

This interview was recorded through a community partnership with Family Promise of Collin County. 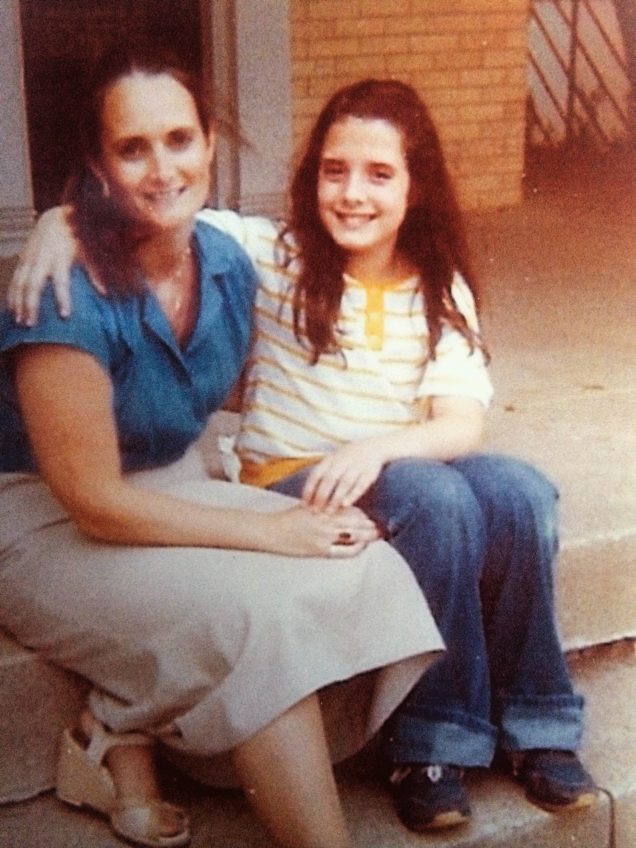 An Online Search for a Father Turns Up a Sister

When Courtney McKinney was 16 years old, she learned that she’d been conceived through anonymous sperm donation.  As an adult, Courtney discovered she had a half-sister: Alexandra Sanchez.

Theirs is one of the many families that have expanded as a result of online DNA testing.

At StoryCorps, Courtney told Alex how she’d set out looking for her father, and about the moment she found a sister instead. 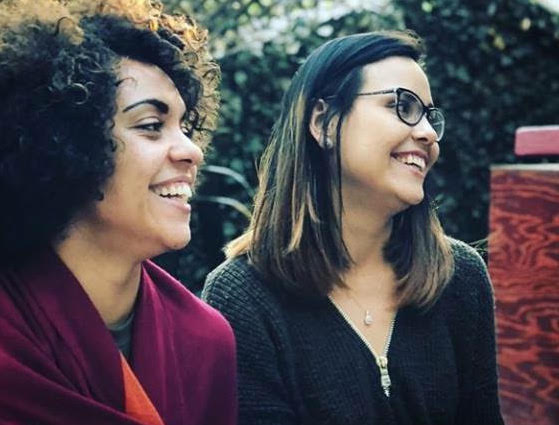 Top photo: Alexandra Sanchez (left) and Courtney McKinney at their StoryCorps interview in Dallas on April 29, 2018. By Kevin Oliver for StoryCorps.

Bottom photo: Sisters Courtney and Alex on the first day they met each other in person. Courtesy of Alexandra Sanchez.

Idella Hansen(top left) started driving big rig trucks in 1968 when she was just 18 years old. At the time, she was pregnant and hungry for independence so she filled a tanker with gasoline, took to the road, and to this day has not looked back. Now 66 years old, Idella (pictured below in 1996) has been driving for more than four decades, and her best friend is fellow trucker Sandi Talbott (top right). 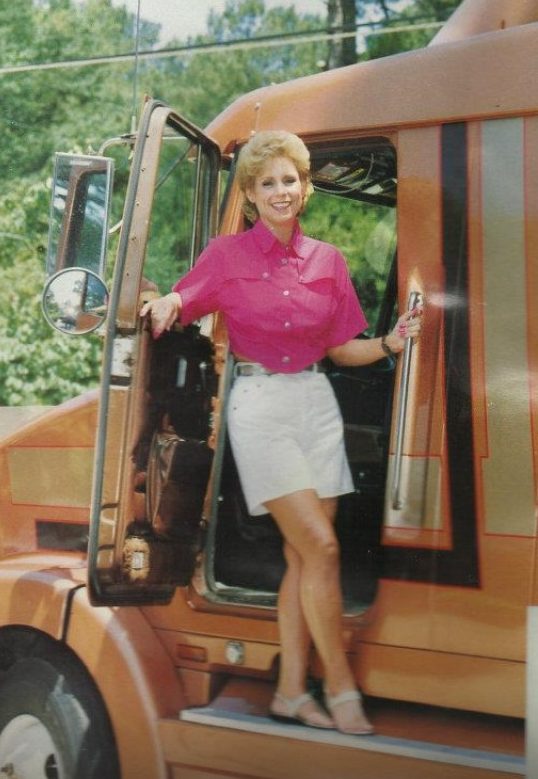 Sandi, 75, began driving alongside her husband, Jim, in 1979. They drove as partners for years until Jim’s health began to decline and Sandi took over most of the driving. After Jim’s death in 2000, Sandi continued on the road without him, and has now been behind the wheel for over three decades.

Together, Idella and Sandi have driven over 9 million miles hauling everything from missiles to tadpoles. At StoryCorps they discuss their friendship, their adventures, and why they’ll never retire.

Photo of Idella in 1996 courtesy of Idella Hansen.

Sean Carter was a college student putting himself through school in Wichita Falls, Texas, when he was in a serious car accident.

He was riding with a friend who had been drinking, and sustained a traumatic brain injury in the crash.

Today, Sean is unable to walk and speaks only with the aid of a computer. At StoryCorps he interviewed his mother, Jenny Carter, who is his full-time caretaker.

At the time Rogelio Martinez enrolled in Lisa Moya King’s high school dance class, his father had been deported and he was moving among family members who were abusing him.

After Lisa saw Rogelio’s bruises, she reported the abuse, but days later, after he told her he was going to run away, she offered to help him by allowing him to stay with her and her husband.

At StoryCorps, Lisa and Rogelio, now 21, discuss how grateful he is that she took care of him when he was in need, and how he taught her about being a teacher and a parent.

Ambulance driver Aubrey Rike and his assistant, Dennis “Peanuts” McGuire, were on a call at Parkland Memorial Hospital in Dallas, Texas, on November 22, 1963, when President John F. Kennedy was brought in.

At StoryCorps, his widow, Glenda, tells her son Larry about the day of the shooting, Aubrey’s time with the First Lady, Jackie Kennedy, about the difficulty he would often have years later talking about it.

Watch an interview with Aubrey Rike and Dennis “Peanuts” McGuire: