Army Specialist Lance Pilgrim was among the first troops to enter Iraq in March 2003. After he returned home. His father, Randy, quickly realized something was wrong with his son. Eventually, he was diagnosed with post-traumatic stress disorder and died after an accidental overdose in 2007 at the age of 26. 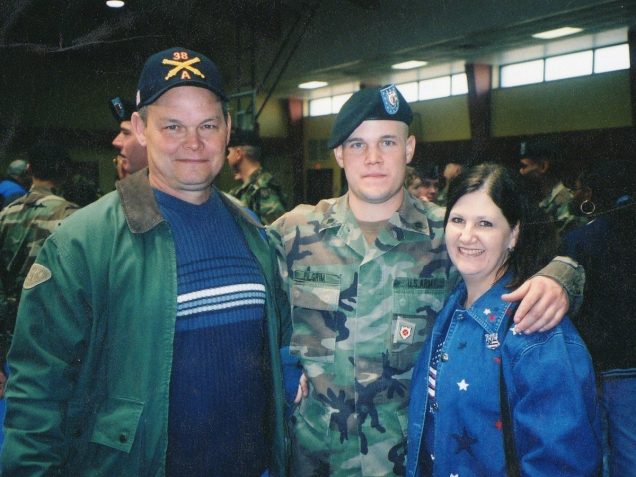 Suffering from panic attacks upon his return, Lance tried to manage them with pain medications, and according to his mother, Judy, he soon became dependent on the drugs. After he began leaving his base without permission, he was given an other-than-honorable discharge, which meant his service in Iraq no longer qualified him for veteran’s benefits or a military funeral with honors when he died.

After his discharge, Lance, who was later diagnosed with service-related post-traumatic stress disorder, attempted to restore his benefits by writing to the VA.

Listen to Judy read one of Lance’s letters.

The Pilgrims filed a lawsuit against the United States Department of Veterans Affairs claiming negligence in the treatment of their son. The case was settled in 2011 and subsequent, Randy requested a military funeral for Lance. This request was denied.

In 2009, two years after Lance ‘s death, the Army changed his discharge to “honorable” and Judy and Randy received Lance’s medals.

Above: Lance Pilgrim with his parents, Randy and Judy, at his pre-deployment ceremony in January 2003. Photo courtesy of Judy Pilgrim.