In the late 1960s, Karen Offutt was a patriotic teenager who got chills whenever she heard the “Star-Spangled Banner.” At 18, she dropped out of nursing school to enlist in the U.S. Army and was deployed to Vietnam. 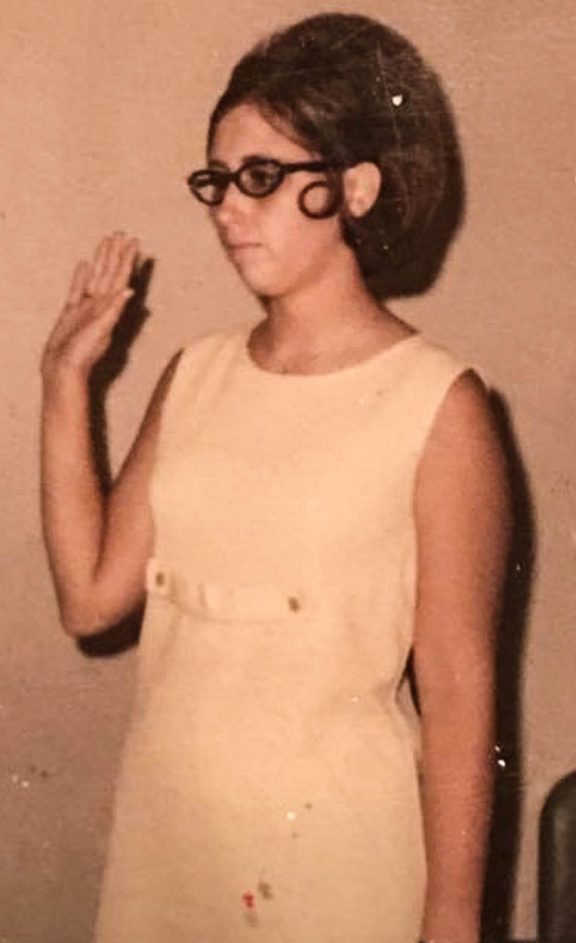 As a stenographer, Karen was given top secret “eyes only” clearance working for high-ranking generals. Her duties included everything from typing and transcribing to serving tea.

At StoryCorps, Karen spoke with her daughter Kristin about her time at war. 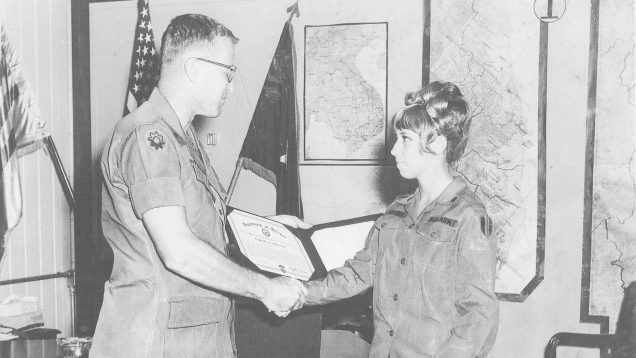 Middle image: Karen Offutt being sworn into the Army in 1968. Photo courtesy of Karen Offutt.

Bottom image: Karen Offutt being awarded a Certificate of Achievement for her heroic acts in Vietnam in 1970. More than 30 years later, she was awarded a Soldier’s Medal for Valor. Photo courtesy of Karen Offutt.