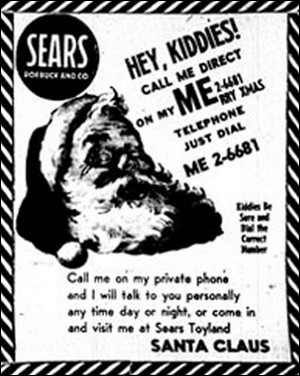 Every Christmas Eve, people worldwide log on to the official Santa Tracker to follow the man himself (along with his eight reindeer and Rudolph), as they make their way across the globe delivering presents to boys and girls.

It all started in 1955 with a misprint in a Colorado Springs newspaper and a call to Air Force Colonel Harry Shoup’s secret hotline at the Continental Air Defense Command, now known as NORAD.

Listen to Terri, Richard and Pamela’s story on the StoryCorps Podcast.