When Bill Dewane was a college freshman, he suffered a severe spinal cord injury. He was hospitalized for more than six months and doctors thought he’d never walk again. He did regain his ability to walk, but was left partially paralyzed and with chronic pain.

Claudia Maraviglia graduated from Rutgers University in 1973 and took a job at a New Jersey bank before heading to graduate school that fall. She was working at the bank when she met Bill, and a confused transaction led to their first date. 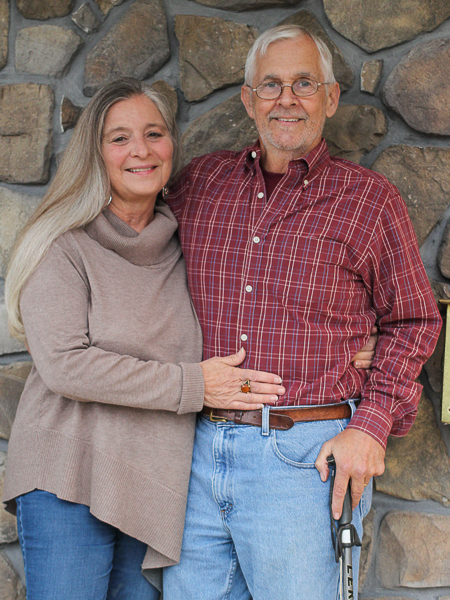 Bill and Claudia married on July 12, 1975 — this year marks their 42nd wedding anniversary.

Bill is a retired budget analyst for the Commonwealth of Pennsylvania and Claudia teaches social work at Temple University. They have two daughters, Maggie and Mollie Dewane.

At StoryCorps, Bill and Claudia discuss the beginnings of their relationship and reflect on their years together.

Top photo: Bill and Claudia on their wedding day. Courtesy of the Dewane Family.