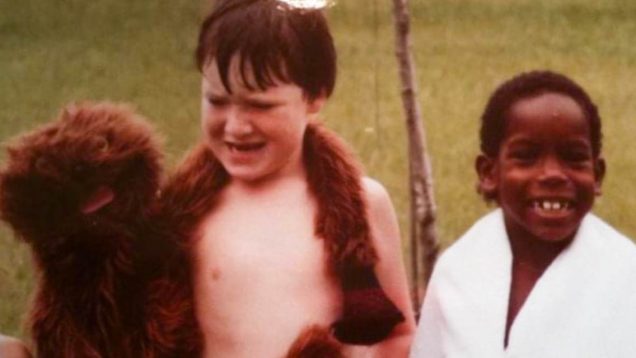 Growing up, Barbara Handelsman often felt out of sync with her family.

At StoryCorps, Barbara, 80, talks with her grandson Aaron, 20, about how the two of them have always had a special relationship that includes unconditionally accepting each other for who they are, and finding adventures to go on together.

Barbara passed away two years after this interview was recorded.

Colbert Williams (R) talks with Ralph Catania (L), his fifth grade math teacher who later became his legal guardian, about going to live with Ralph at the age of 15.