Last year, Savannah Phelan was on the internet looking up the organization where her mother, Kellie, works as an advocate and mentor when she came across a video of Kellie talking about giving birth to Savannah while she was in jail. Kellie was seven months pregnant in 2007 when she was arrested on a misdemeanor drug possession charge and sent to New York City’s Rikers Island jail complex. Two weeks before her release, Savannah was born in a nearby hospital.

At StoryCorps, Kellie recalled the joy of spending time with Savannah alongside the parents of other newborn babies in the hospital’s nursery, as well as the shame she felt at being shackled and wearing an orange Department of Corrections jumpsuit. Kellie was returned to jail while Savannah remained in the hospital a few additional days. Soon after, they were reunited and spent Kellie’s final weeks in custody together at the Rose M. Singer Center — a women’s jail on Rikers Island also known as “Rosie’s” — that includes a small nursery where mothers can stay with their children until they are up to a year old. 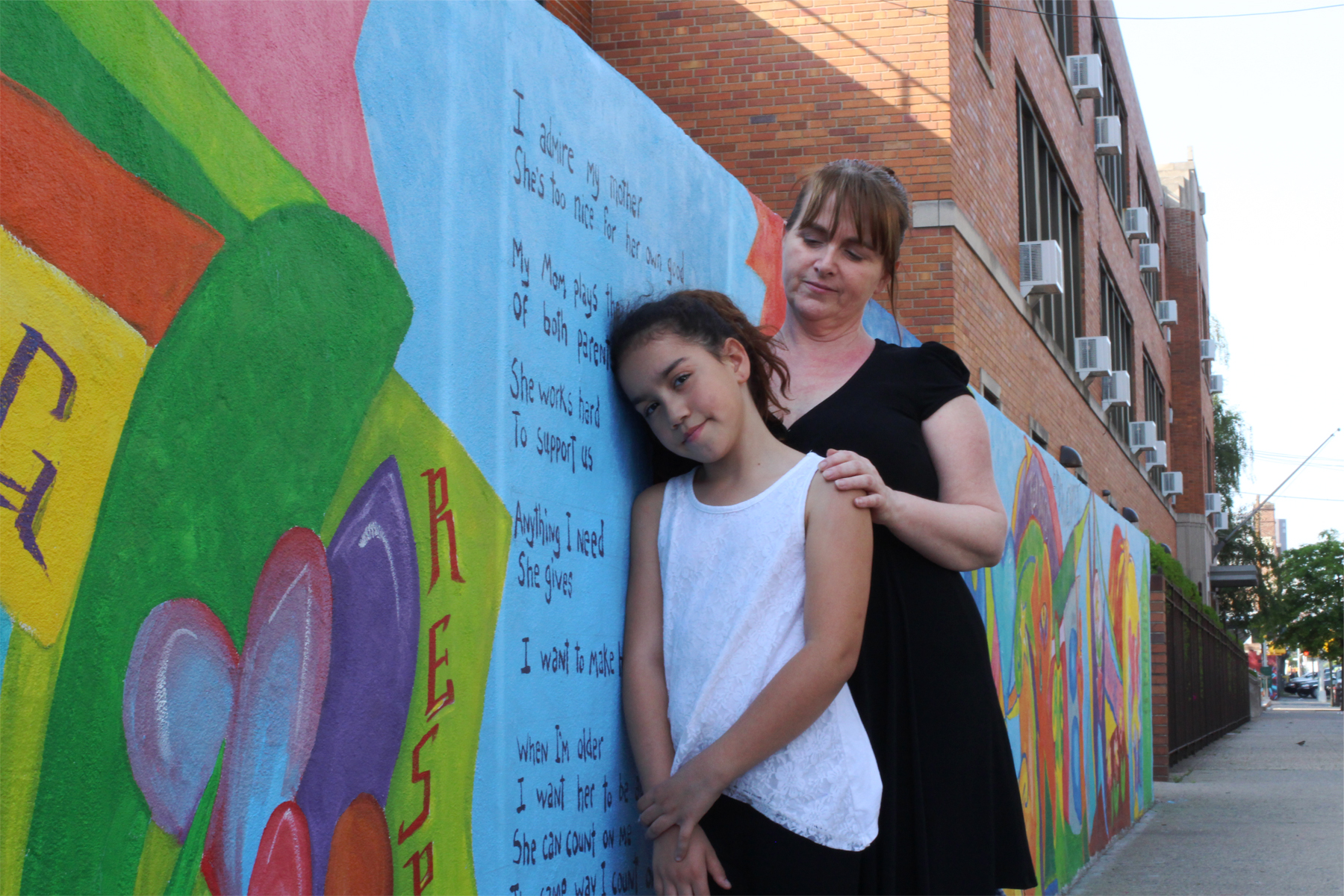 After her release, Kellie and Savannah moved into Hour Children, a Queens-based nonprofit that provides supportive programs and transitional housing for women and mothers that have been incarcerated. Today, she works there as a program coordinator, mentoring youth whose parents are formerly or currently incarcerated, and often speaks openly about her own experiences.

At StoryCorps, Savannah, 8, and Kellie sat down for one of the first times to talk about Savannah’s birth, and how she feels after learning that her mother had been in jail at the time.

Savannah and Kellie’s conversation was recorded through the StoryCorps Justice Project, which preserves and amplifies the stories of people who have been directly impacted by mass incarceration. The Justice Project is made possible, in part, with support from the John D. and Catherine T. MacArthur Foundation Safety and Justice Challenge, #RethinkJails and the Robert Sterling Clark Foundation.

Photo: Kellie Phelan and her daughter Savannah in front of a 77-foot mural they helped paint that reflects the experiences of children and teenagers affected by incarceration.

In February of 2012, Jamal Faison was a 20-year-old college sophomore home on school break in New York City when he, along with two others, were arrested for attempting to steal mobile devices from a subway rider. Transit police arrested Jamal and he spent the next eight months on Rikers Island — New York City’s massive main jail complex that can house as many as 15,000 people at one time.

While incarcerated, Jamal struggled with the difficult conditions on Rikers and turned to his uncle, Born Blackwell, for support. Throughout his teens, Jamal had been close with Born, and during those eight months, almost weekly, Born made the arduous trip from his home in Brooklyn to visit his nephew.

His uncle’s support, telling him to “keep his head” and reminding him, “just because they treat you like an animal doesn’t mean you have to act like one,” soothed Jamal and helped him maintain a sense of worth while knowing that one day he would again be free. 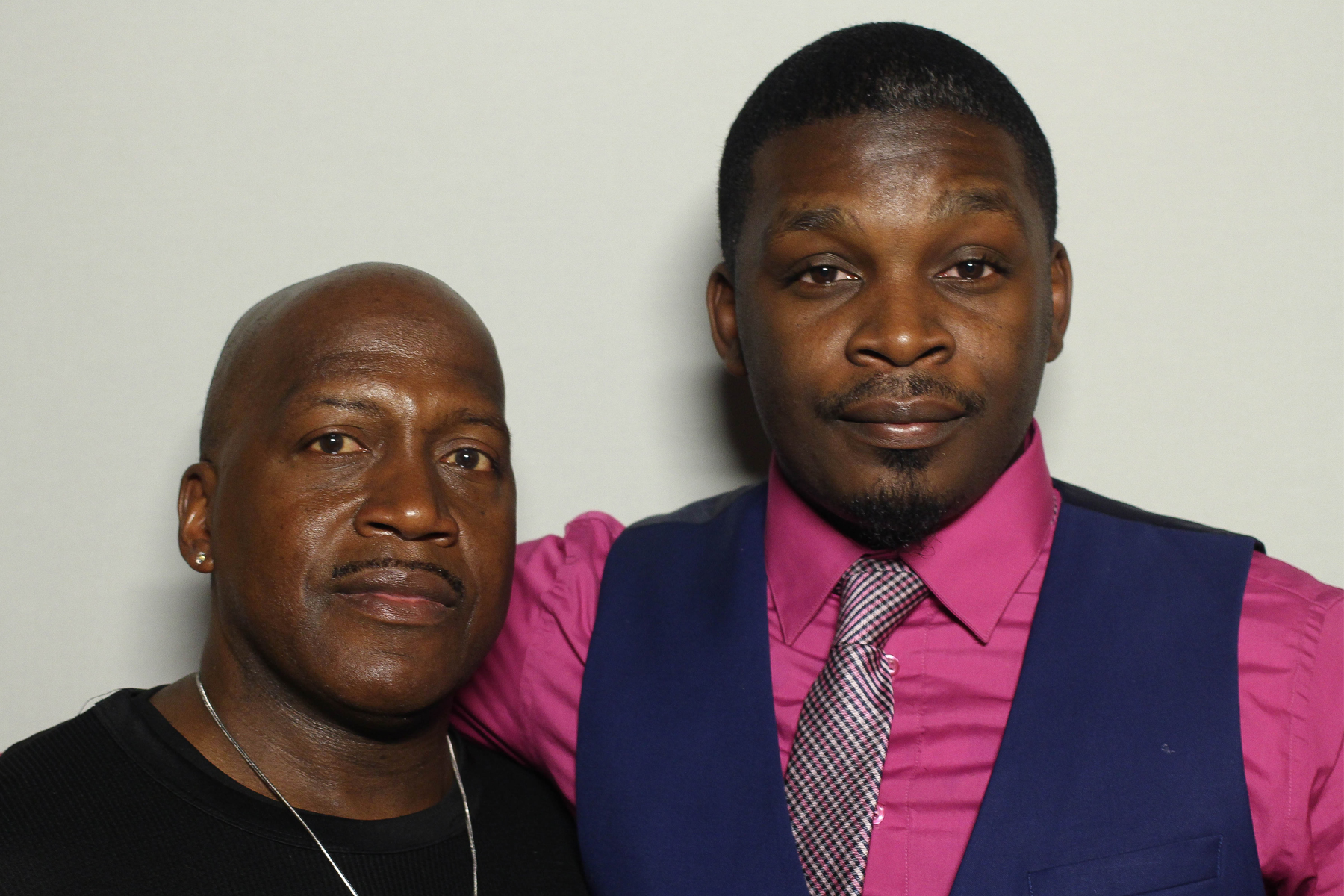 In September 2012, Jamal pleaded guilty to grand larceny and attempted robbery charges and a month later was released from custody. Dropped off in Queens around 2:00 AM, he immediately understood the challenges that would await him outside jail knowing that his conviction would haunt him and his opportunities would be limited.

One year after his re-entry, Jamal became a father and is now raising his son as a single parent, and he hopes to someday return to college and resume his studies. He works at The Osborne Association — a New York-based nonprofit that helps people who have been in conflict with the law change their lives — mentoring youth and helping people who have been incarcerated find employment. 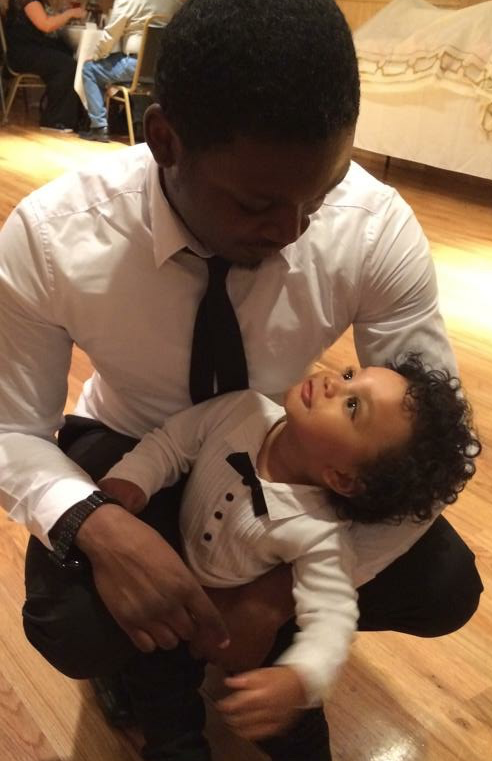 Jamal came to StoryCorps with Born to remember the night he was released from Rikers, and to discuss how their relationship supported Jamal through the conditions of his incarceration.

Watch “On the Record,” the animated short based on Jamal and Born’s original StoryCorps interview.

Jamal and Born’s conversation was recorded through the StoryCorps Justice Project, which preserves and amplifies the stories of people who have been directly impacted by mass incarceration. The Justice Project is made possible, in part, with support from the John D. and Catherine T. MacArthur Foundation Safety and Justice Challenge, #RethinkJails and the Robert Sterling Clark Foundation.

Photo of Jamal and his son courtesy of Jamal Faison.