Brooklyn, NY—Monday, July 18, 2022—StoryCorps, the nonprofit organization dedicated to recording, preserving, and sharing humanity’s stories, today launches a new free mobile app, available in the Apple App Store and the Google Play Store. From one device, the StoryCorps App allows anyone, anywhere, to conveniently prepare for and record a high-quality interview for preservation in the online StoryCorps archive and eventually at the American Folklife Center at the Library of Congress. The app also seamlessly enables users to explore StoryCorps’ rich content, curate personalized interview collections, and share StoryCorps stories to social media.

Founded in 2003, StoryCorps has given Americans across all 50 states the chance to record interviews about their lives and amplify the story of America through the voices of everyday people. The new StoryCorps App builds on the platform and reliability of the first app, which was launched in 2015 with the $1 million TED Prize awarded to Dave Isay. The App made it possible for the public to record, archive, and access StoryCorps interviews beyond the S​toryCorps MobileBooth that crisscrosses the country or in a permanent StoryBooth. T​he app has contributed to significant growth of the StoryCorps Archive, which currently comprises interviews featuring more than 600,000 participants.

The new app provides access to StoryCorps’ content, including its full online archive of interviews; all episodes of the StoryCorps podcast; the StoryCorps “Story of the Week” series; and the full collection of StoryCorps animations. The app also allows users to customize their profile, curate personalized interview collections, and easily share StoryCorps’ content and their own recordings via their social media channels. In addition, users now have access to StoryCorps Communities, enabling them to add their interview to a community they’ve joined, as well as see content from other community members. StoryCorps Communities is often used by teachers and students, as well as by individual community groups.

App users can select one of three privacy settings for the interviews they record:

To download the new app, visit the App Store and  Google Play. For more information about the app, visit storycorps.org/app.

Dave Isay, Founder and President of StoryCorps, said, “In its nearly 20 years of existence, StoryCorps has recorded people of all backgrounds and beliefs, giving them the opportunity to honor someone with the act of listening, share their stories, and preserve their voices for future generations. The recordings remind us of our common humanity, and of the beauty, grace, and poetry of the lives being lived all around us. The new StoryCorps app makes the recording, preserving, and sharing StoryCorps interviews much more accessible, moving us closer to StoryCorps’ goal to become an enduring institution that touches the life of every American.”

Major support for the StoryCorps App is made possible by Jane Phillips Donaldson & William H. Donaldson.

Founded in 2003, StoryCorps has given 600,000 people, in all 50 states, the chance to record interviews about their lives. The award-winning organization preserves the recordings in its archive at the American Folklife Center at the Library of Congress, the largest single collection of human voices ever gathered, and shares select stories with the public through StoryCorps’ podcast, NPR broadcasts, animated shorts, digital platforms, and best-selling books. These powerful human stories reflect the vast range of American experiences, engender empathy and connection, and remind us how much more we have in common than what divides us. StoryCorps is especially committed to capturing and amplifying voices least heard in the media. The StoryCorps MobileBooth, an Airstream trailer that has been transformed into a traveling recording booth, crisscrosses the country year-round gathering the stories of people nationwide. Learn more at storycorps.org.

Love Stories From the StoryCorps App

Since the StoryCorps app was introduced last year, there is one consistent theme that has been explored by users—love. Time and again, young people have sat with their parents and grandparents and asked them about their relationships. “How did you meet grandma/grandpa?” “How did mom/dad propose to you?” “Tell me about your wedding day.” “Where did you go on your honeymoon?” And when someone has experienced loss, “What do you miss most about her/him?”

These questions have proven to be universal, and for Valentine’s Day, we want to share a few fun pieces of audio that we have recently heard from people using the app to interview loved ones about love.

“Young love in Jamaica to 24 years in America” 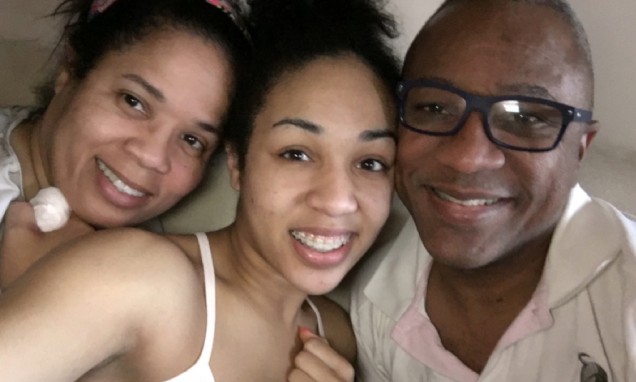 Listen as Erin Bailey, 16, interviews her parents about their first impressions of each other. Her mother found her father to be “too much,” while he claims she “was just head over heels” over him—a description that causes Erin’s mother to begin to choke.

In their full interview, Erin asks her parents to describe their marriage proposal, an event that took place in a family car. Uncharacteristically, they both become coy, dropping hints but choosing to share fewer details about what was going on in the vehicle.

“The Man In The Plaid Pants” 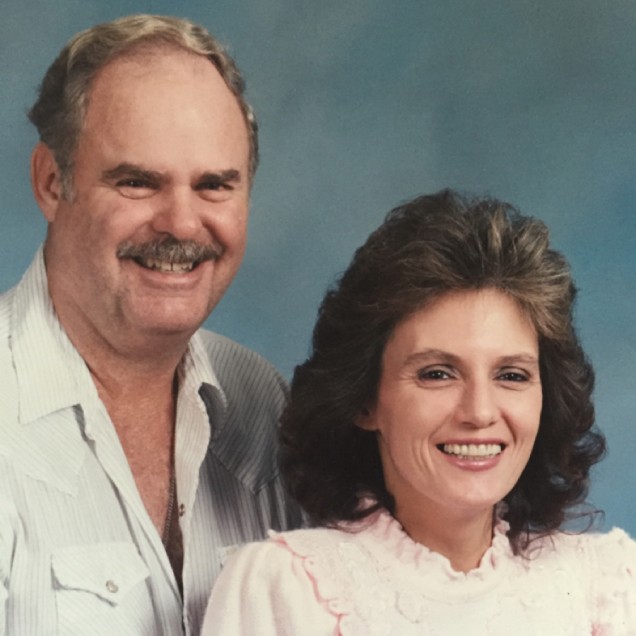 Listen as Taylor Alda, 17, interviews her grandmother, Bonnie Scott, about how her grandparents met. Bonnie was a part-time waitress when Taylor’s grandfather came to the restaurant on a date with another woman. After repeatedly asking her out, Bonnie eventually agreed to a date, but things did not begin well that evening when he showed up wearing plaid pants and a striped shirt—a look described by Bonnie as “quite embarrassing.”

In their full interview, Erin asks about her grandparents’ first kiss, which “wasn’t really great,” and Bonnie explains why her late husband proposed to her after they both had agreed to live together and not get married. 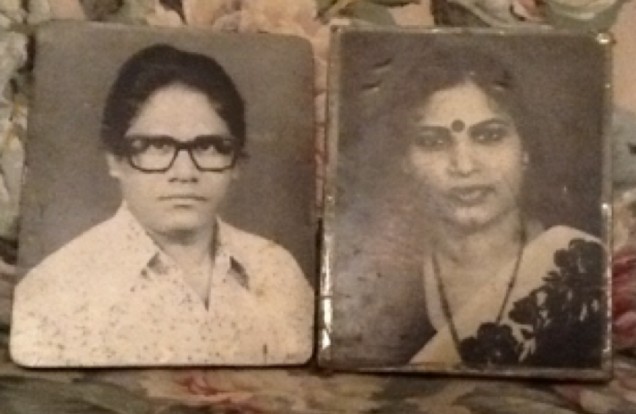 Listen as a mother/daughter—also acting as translators—interview their mother/grandmother who lives in Hyderabad, India. The mother/grandmother explains that her husband (a man the granddaughter never met before he died) was planning on becoming a priest before they met but once he saw her, he “got diverted.” Describing their honeymoon, the grandmother talks about the couple’s naivety at the time, asking, “What is honey, and what is moon?”

In their full interview, the grandmother shares some of her happiest memories of her time with her late husband, like when they would lay in their twin bed together and tell each other stories.

Click here to get the StoryCorps app and start interviewing those you love.